A staycation location to get your teeth into: Exploring Whitby, the spooky town that inspired Bram Stoker to write Dracula

There’s no greater pleasure than diving into the pages of a good book, but what happens after the story ends? In our occasional series, we explore the location of a classic book and discover more about its author – plus find fabulous places to eat, drink and stay. This week: Dracula, by Bram Stoker.

The morning after Halloween is the perfect time to get to grips with Dracula. Published in 1897, the Gothic horror novel introduced Victorian readers to the terrifying world of blood-sucking vampires.

Today, as Mark Gatiss’s recent BBC adaptation showed, our fascination with the undead lives on. 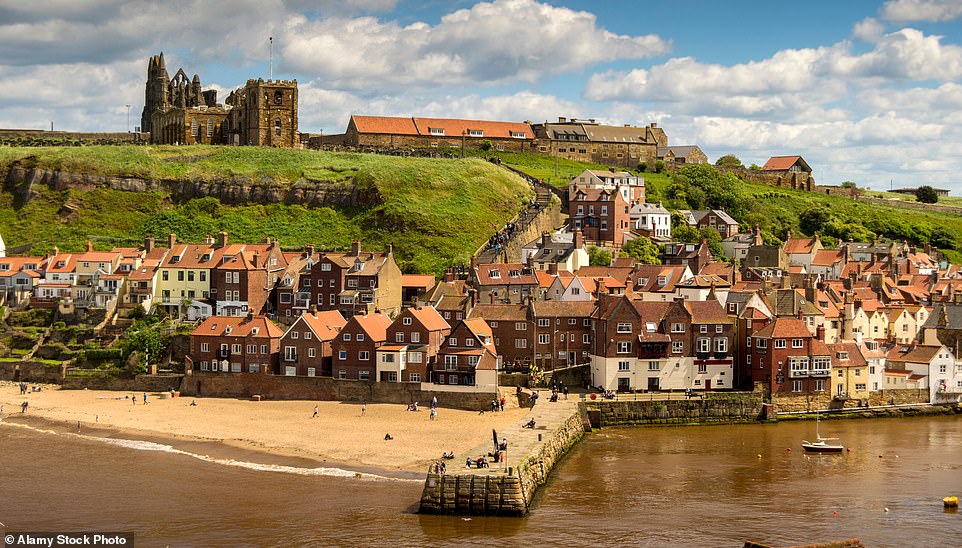 Captivating: The ruins of the clifftop Abbey in Whitby, seen above, which features in Bram Stoker’s Gothic horror novel

The story behind the book begins in Dublin in 1847 where Abraham ‘Bram’ Stoker was born and, as a young man, wrote theatre reviews.

It moves to London in 1878 where he became the manager of famous actor Henry Irving and the Lyceum Theatre, where The Lion King is set to return next year.

Despite mixing with London literati such as Sir Arthur Conan Doyle and touring the world with Irving, Stoker still found time to write a slew of novels and short stories.

Stoker partially modelled Dracula on the aristocratic Irving, the first actor to be knighted for his achievements on stage, but it was a holiday to Whitby in 1890 that inspired him to bring the supernatural tale to life. 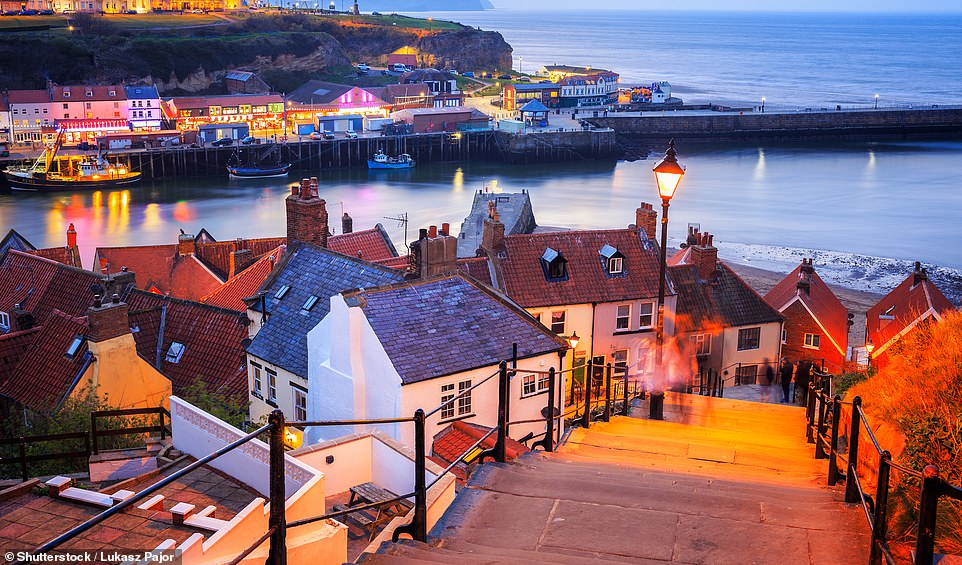 A view from the 199 steps in Whitby. In the book, Count Dracula bounded up the stairs as he made his way from his wrecked ship to the Abbey

While walking around the North Yorkshire town, Stoker was captivated by the ruins of the clifftop Abbey, stories of mysterious shipwrecks and spooky local legends.

Seven years later he had added a ghostly sea journey and a Transylvanian castle and his book became a sensation.

Visit Whitby today and you can stay in Sea Breeze, the same guesthouse used by Stoker, which offers mesmerising views across Whitby Bay to the Abbey (whitbyholidays.net).

In the book, Count Dracula bounded up 199 steps from his wrecked ship to the Abbey. 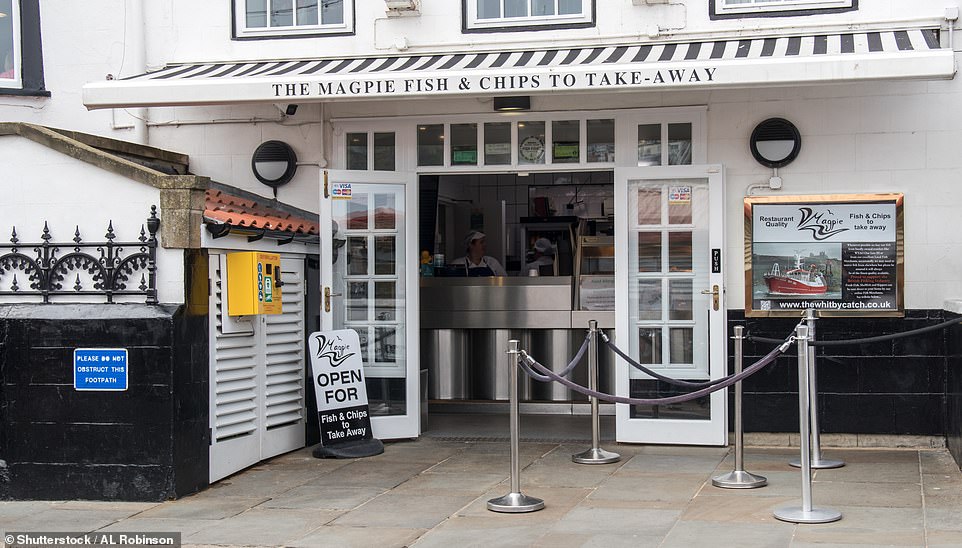 Follow those footsteps and tour the dramatic 13th Century ruins, now cared for by English Heritage, which has plenty of tongue-in-cheek, vampire-based memorabilia in its shop.

More darkness lies in another local treasure – the fossilised Whitby Jet that gives us the phrase ‘jet black’.

Much of the semi-precious material, made from wood decaying under extreme pressure, comes up, like Dracula, from beneath the wild waters of the heritage coast. Learn more at The Museum of Whitby Jet or stay at the Jet Black Jewel (jetblackjewel.com).

Then put vampires out of your mind and enjoy Whitby’s elegant Georgian streets.

There’s a sandy beach, busy harbour and the waterside Magpie Cafe offers fish and chips you can really get your teeth into. For more information, go to yorkshire.com. 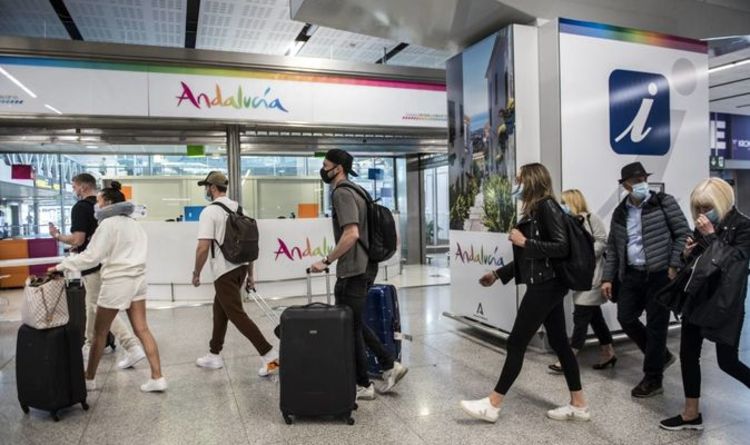 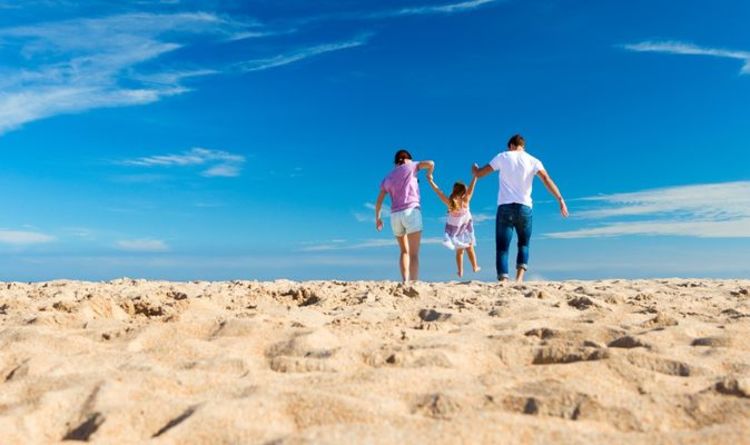