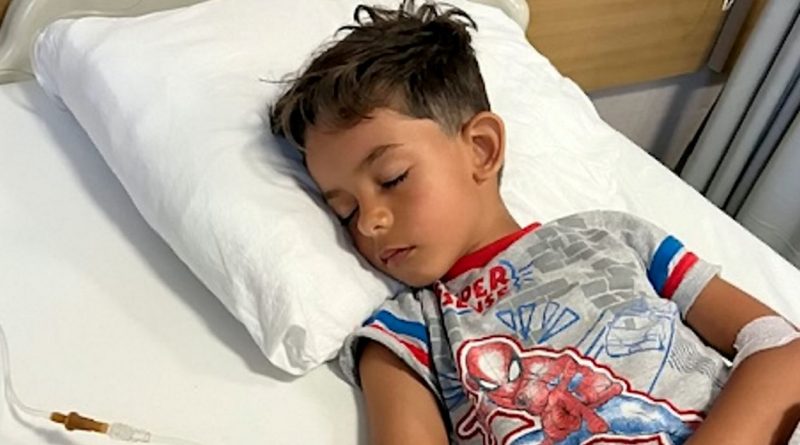 A family has claimed that their five-star holiday was ruined by a sickness bug as their five-year-old wound up in hospital with E.coli.

Mum-of-two Sheri Smith, 43, was filled with excitement for the stay at the Delphin Imperial Resort on Lara Beach, Turkey, with her son, daughter and husband.

But, things quickly went downhill when their little girl caught a stomach bug on day two of the break.

The family went on to spend five hellish days in pain as well as hallucinating and being unable to eat or drink during the Travel Republic trip.

Mum Sheri claims her son then had to be hospitalised with an IV drip – and says he may have died without swift treatment.

She claims doctors said he had E.coli or salmonella. A spokesperson for Travel Republic said they have since started an investigation.

Sheri noted that on top of the illness they were faced with delays on their way to Turkey and coming home.

Sheri said: "I'm just so angry because it was our family holiday that I paid a lot of money for, and it just got ruined.

"We'd got married in lockdown so we never to do the honeymoon we wanted, so this was like our second special family honeymoon.

"By the second day though that was it – the holiday was over.

"We basically couldn't move from bed and I was hallucinating because of my fever, but I didn't want to go to hospital because I was worried I'd be stuck here for weeks afterwards."

They flew to Antalya, Turkey, in the early hours of June 5, and the next day her son started to have stomach pains.

"Eventually by midday we decided he might just be hungry, so we got him some pasta," she said. "By half past he said he wasn't feeling well.

"Not even 30 mins later he sat up and was sick everywhere.

"He just completely emptied everything out of him – he couldn't even keep water down.

"After about two hours he'd lost control of his bowels even in bed.

"His temperature was shooting up so I gave him paracetamol and Calpol, and then some Nurofen by later. By the evening though I was also feeling sick."

Initially, Sheri thought it was food poisoning, but now blames poorly cooked food or the pool though she has no evidence of either.

They got a hotel to the hospital, her son was put on a drip due to lack of fluids, and a blood test revealed he was suffering with a serious bacterial infection, she said.

Sheri added: "They basically said to me he couldn't go home and had to stay in hospital, and they put him on antibiotics."

Sheri and her husband were struck down next.

Having been unable to eat or drink much for almost a week, Sheri claims she dis still feeling "wrong" weeks later.

She said: "We saw the hotel doctor, and when he examined me and touched my stomach I was screaming from the pain.

"Straight away he said he had to give me an injection in my bum, and then gave me extra medication an hour later.

"We were in there maybe five minutes, but within that time three other families came down to the front desk to complain about the same problem."

Referring to Sheri using her maiden name [Gill], a spokesperson for Travel Republic said: "We’re very sorry to hear of the experience of Miss Gill and members of her family at the Delphin Hotel and have spoken with her to discuss the matters she has raised. We sincerely hope that the family is now feeling better.

"We’ve started an urgent investigation with the hotel to clarify the details, and as proud members of ABTA we’ll be responding to Miss Gill fully within the timeframe that their guidelines set out.

"We’ve shared the details of the process for resolving a post-holiday issue of this nature with Miss Gill and will keep her fully informed of our progress throughout.

"We want our customers to enjoy a happy and relaxing holiday when they book with us and as such expect all the hotels we work with to meet all legally required health and safety standards.

"We take any suggestion that these have not been met very seriously and are looking into the matter with the upmost priority."

The 11 stunning winning images in the Cewe Photo Award competition 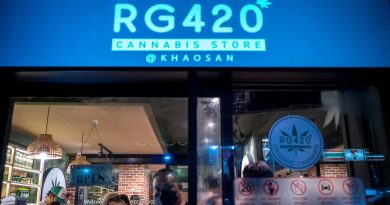