Love them or hate them, sometimes airport hotels really do come in handy. And now San Francisco International Airport finally has one on-site—the Grand Hyatt at SFO.


The $237 million property opened its doors on Monday, giving travelers access to 351 rooms (including 22 suites and day-use rooms), a collection of public artworks, two restaurants, a spa treatment room, and a 24-hour fitness center with Peloton bicycles to help sweat off that travel stress.

The Grand Hyatt at SFO was designed by the San Francisco–based architecture firmHornberger + Worstell, whose projects include the San Francisco Proper Hotel. The lobby features natural wood communal tables that overlook the airfield, and marble reception desks that were envisioned to resemble a set of vintage pilot’s wings.

The hotel’s public art program was developed in collaboration with the San Francisco Arts Commission, the city agency tasked with championing the arts. The 16 pieces selected for the property include Green Map, an intricate hand-cut glass and stone mosaic by Ellen Harvey meant to reflect the Bay Area’s green spaces; and Ether by Japanese artist Kohei Nawa, a 35-foot sculpture located outside the hotel that represents the concept of gravity.

The guest rooms (designed with stress relief in mind) have neutral interiors and have been soundproofed—always a welcome feature at an airport hotel, with planes taking off and landing nearby. Floor-to-ceiling windows let in natural light and offer views of said planes. The rooms all feature pillowtop beds as well. Travelers who just need to rest and refresh for a bit between flights can book the hotel’s day-use rooms with rates that start at $125 for a six-hour stay between 8 a.m. and 8 p.m.

The dining options include Quail & Crane, a 108-seat restaurant that is open for breakfast, lunch, and dinner with communal dining tables and menus that marry Northern California ingredients with Asian cuisine. For grab-and-go meals, there is Twin Crafts Market & Bar, a casual lounge setting for breakfast, salads, sandwiches, burgers, and oysters on the half shell. There’s also a bar at Twin Crafts serving cocktails, wine, and craft beers. For overnight guests, in-room dining is available around the clock.

World of Hyatt, Hyatt’s loyalty program, is offering members 500 bonus points for qualifying nights at the Grand Hyatt at SFO for stays between October 1 and December 31, 2019.

Related video: Repaired Runway Reopens at SFO Ahead of Schedule (Provided by CBS) 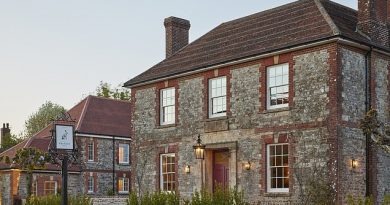 Great British boltholes: A review of The Bradley Hare, Wiltshire 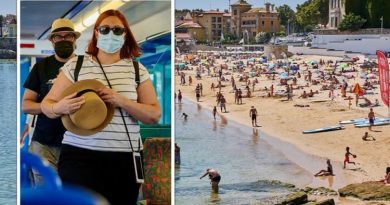