THERE was “pandemonium” on a GoAir flight when a passenger who’d never flown before tried to open an emergency exit door, mistaking it for the toilet.

Passengers on Saturday’s flight from Delhi to Patna, India, said the man, a first-time flyer aged in his late 20s, began tugging on the door saying he “needed to use the washroom urgently,” according to the Independent.

Cabin crew wrestled the man away from the door and managed to keep the man in his seat for the remainder of the flight, which landed safely.

The man was then handed over to India’s Central Industrial Security Force, a branch of the military that manages airport security, and he was then questioned by local police.

A man’s mid-air mistake sparked ‘pandemonium’ on a GoAir flight.Source:istock

Local police chief Sanowar Khan told the Times of India there was “pandemonium” as the man attempted to unlock the exit door.

Police said he managed to unlock the rear door but couldn’t open it due to cabin pressure. However, the airline said the doors could not be unlocked, the Independent reported.

After questioning the man, police deemed his actions to be innocent.

“There was no ulterior motive behind his act,” the police chief told the Times.

Earlier this year, a man was detained for 15 days and fined $14,700 for opening a plane’s emergency door because the air felt “stuffy”.

The 25-year-old man had just arrived in Sichuan, China, from the province of Hainan. He said as passengers were preparing to deplane he began feeling hot and pushed down on the window handle, not realising it would open the door and deploy the plane’s emergency exit.

The man was fined and detained for 15 days “for the unauthorised removal of aviation facilities”.

Last year, a first class passenger on a Delta Air Lines flight from Chicago and Beijing tried to open an emergency door but was restrained by crew and arrested when the plane arrived at its destination.

And a few days later, another passenger tried the same thing on an AirAsia flight between New Delhi and Ranchi. He was also restrained by passengers and crew, who handed him over to authorities when the plane landed.

Emergency exit doors are great when you need to get out of a grounded plane in a hurry, but when the plane is mid-flight, the prospect of the door opening can be terrifying.

But can it really happen? It’s complicated.

The first answer is no, because a passenger, no matter how strong, would never be able to open an emergency door mid-flight.

“When at cruising altitude, the pressure difference between the outside of the plane and the inside of the plane, which is pressurised, creates a situation where the door cannot open.”

Cabin doors, including emergency doors, open inward. So when a pressurised plane cruises in the sky, there is a tremendous amount of pressure that pushes against the plane’s interior, and it’s more than any human could pull open a door against.

But let’s say it was possible to open an emergency door mid-flight — what would happen then?

This is where the second answer comes in. An open door would cause catastrophic “explosive decompression”, Rabinowitz told Travel + Leisure.

In other words, cabin would rapidly lose air and yes, someone may be sucked out of the plane. 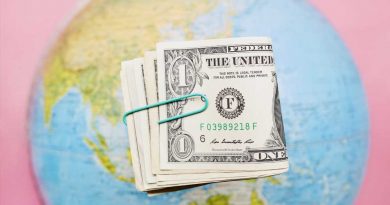 Want to Go on Vacation More Often? Be a Frugal Traveler

How to get plane tickets to Madrid for Champions League final: Expedia reveals top tips