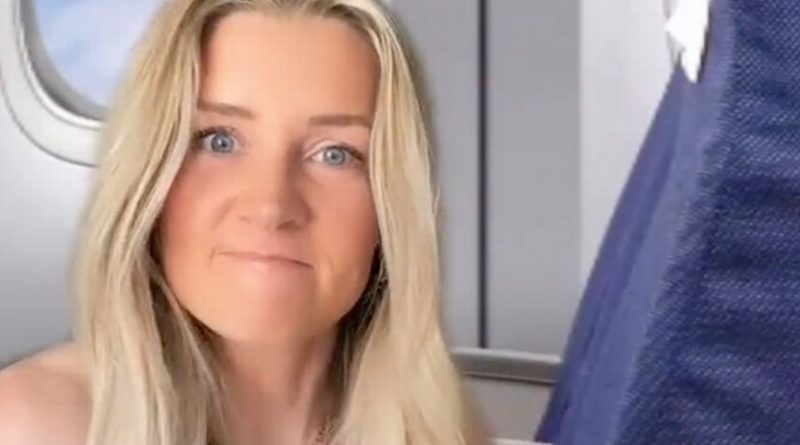 An air hostess has revealed the revolting habits performed by passengers during flights that she hates the most in a stomach-churning video.

In a clip, which Kat Kamalani uploaded on her TikTok channel, she explains the absolute worst things she has witnessed people do mid-air.

"See someone put their nasty foot on your armrest? I am giving you permission to [mimes punching them] just kidding, don't do that, but tell them to get their foot off it's gross."

Continuing the foot theme, the air hostess adds: "Second, don't walk around the airplane without your shoes.

"Ugh, I understand sitting and taking them off but walking around the airplane? Don't do it, don't do it."

She then recalls the grim moment someone was cutting their toenails on a flight, making the clippings from their feet fly around the cabin.

"Don't do personal hygiene on the aircraft, ugh, it's so bad," she says.

In a final plea to future passengers, she said: "Please you guys, take a shower before you get on a plane.

"There's nothing worse than sitting in a seat and you're sitting next to someone who has BO. It's awful!"

Since she uploaded it on Tuesday (June 15) the video has been watched more than 25,000 times and hundreds of people have left comments.

One said: "I saw someone clipping fingernails near me. It was vile!"

"The foot on the armrest is like just NOOOO," wrote a second viewer.

A third person commented: "A lady on my flight from All to Phx did that with her foot and I looked at her with a disgusted look and she moved her foot."

Someone else wrote: "Smokers and ladies with strong perfume are the worst. I am in a cloud from inside and outside the plane."