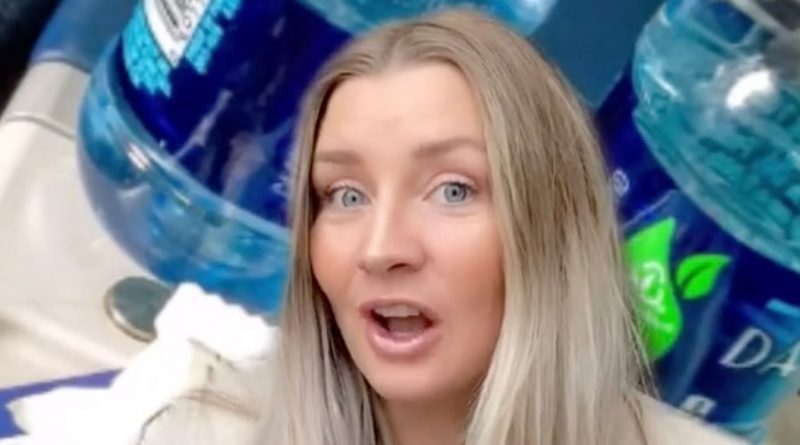 An air hostess has warned travellers not to order tea or coffee from the plane as she revealed the secrets on TikTok.

Kat Kamalani, from Utah, the US, shared the tips to her 467,000 followers and told them to "never to consume" those products on any airplane.

The 30-year-old stewardess says in the video: "Rule number one – never consumer any liquid that is not in a can or a bottle.

"The reason being is those water tanks are never cleaned, and they are disgusting.

"So talk to a flight attendant, we rarely, rarely drink the tea or coffee, they come from the same water tank and so when you're drinking that coffee and tea it comes from that hot water and it's absolutely disgusting."

She then shows what the coffee makers look like and says the parts in the machine won't be cleaned "unless they are broken".

"The whole machine is never cleaned and they're by the lavatories," she says.

Kat then gives tips to new mothers who need to make milk formulas on board and suggests them to ask for a bottled water and a cup of hot water on the side.

She says it is better to make the milk with the cold water and warm it up by placing the bottle in the cup of hot water.

While some viewers found the tip useful, others said she should have reported the matter to the company and asks for a deep clean of the water tanks.

One said: "Being that they are the ones who pass it to the passengers, they should bring it up in a meeting. Not hard to do more."

"Why don't y'all just clean them then"? another asked.

Some who claimed to work in the aviation industry said it did not apply to all airline companies and some of them carried regular monitory works to disinfect the water tanks.