Sandra Kwon is a former flight attendant. She shares videos with tips and advice on her TikTok (@jeenie.weenie).

She said: “The forbidden cockpit. For all the influencers (social media) who keep requesting to take photos in the cockpit while we’re in mid flight, it’s not going to happen.

“Please stop asking. We are crew. Do you know how hard it is for us to even get in?

“When cabin crew want to access the cockpit, there are strict procedures that we need to follow.”

Sandra then told TikTok users: “I’m just going to say it. It’s to prevent psychos from accessing the plane!

“You can only open the door from inside the cockpit. Airlines will have their own strict procedures.”

She added: “I was trained to first clear the area and make sure no passengers are around.

“If there is a lavatory close to the cockpit, we will first make sure that it’s empty and then keep it locked.

“Another crew member will remain on guard for you, to make sure that no one enters your space.

“Then we knock on the cockpit door, smile for the cameras and maybe they’ll let you in.”

Sandra added: “It’s the same when we leave the cockpit, we have to make sure everything is clear.

“Then we check the camera, check with the crew and when everything is good, we leave.”

The video had over 200,000 likes on TikTok and some people were shocked to find out how much security the cockpit had.

Changes to cockpit security were made following the 9/11 terrorist attacks when terrorists hijacked four planes.

According to the US Federal Aviation Administration, doors should be able to withstand a grenade.

On some planes, a member of the cabin crew is able to access the cockpit using a code if they get no response from the pilots.

Some planes also have a locked mode where the pilot can deny entry to anyone in case a hijacker is able to get the code from a member of the cabin crew.

However, the safety measures were questioned by some after a Germanwings co-pilot locked his colleague out the cockpit before crashing the plane.

Andreas Lubitz locked the cockpit door after the pilot left the room and crashed the plane, killing everyone onboard.

Some airlines follow a ‘rule of two’ where if one pilot goes to the toilet another crew member must replace them.

The safety measure explains why passengers are never allowed to access the cockpit during a flight.

Scottish airline to take over 16 of Flybe’s routes 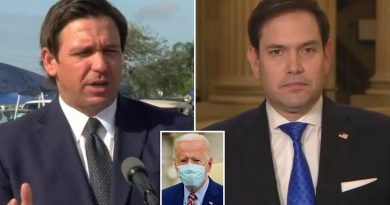