Prime Minister Boris Johnson announced on Saturday that London and parts of the south-east were to face even tougher “tier 4” restrictions as the result of a new strain of coronavirus being detected. Following the revelation, countries around the world then began to close their borders to UK travellers.

Amid the chaos, “tens of thousands” travellers who were due to visit loved ones or head on holiday over the festive season found themselves face cancelled plans.

The good news is, in many cases those who were due to take flights, trains or coaches may be entitled to a full refund.

According to travel expert Simon Calder, around 200 flights were cancelled yesterday alone as nations across the EU and beyond shut their borders to UK arrivals.

“It has been a pretty dismal weekend from all respects,” he said when speaking on ITV’s Lorraine. 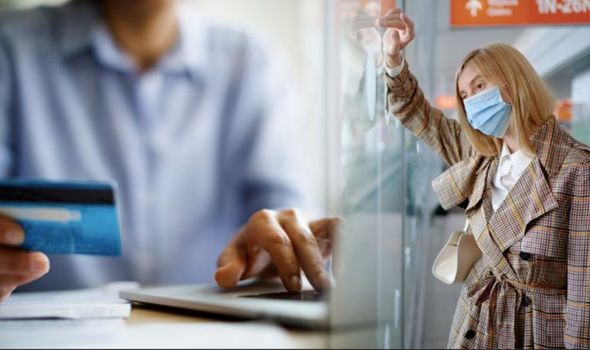 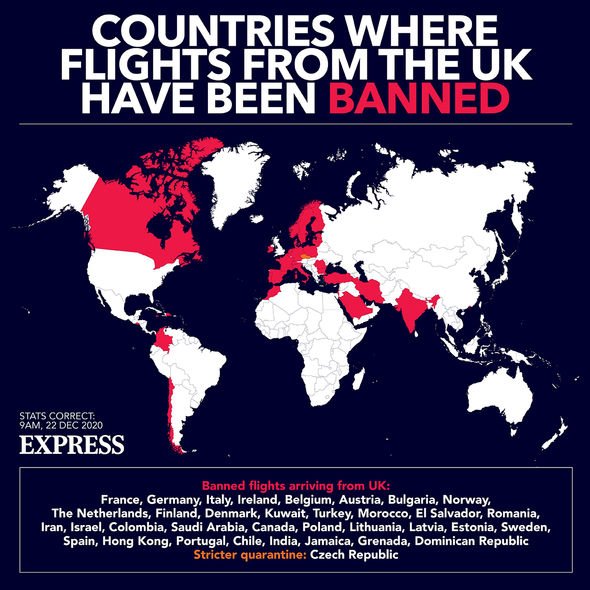 “Much more concerning for a lot of people, the health secretary Matt Hancock said the new strain of the virus was ‘out of control’.

“That message also went out of course across Europe and around the world and as a result from the early hours of Sunday morning we saw one country after another, a kind of domino effect running through Europe, so the Netherlands, Belgium Austria Italy France Germany and so on, all of them basically banning flights and ferries and trains coming in from the UK.”

He estimates approximately 30,000 people will have been left stranded.

Passengers who have had their flights cancelled by the airline may be entitled to a refund under European law.

The EC Regulation 261/2004 protects passengers who start their trip at an EU airport, or land in an EU airport, provided that the airline is headquartered in the EU.

Passengers who are informed of a cancelled flight less than 14 days before departure are entitled to a refund under the regulation. 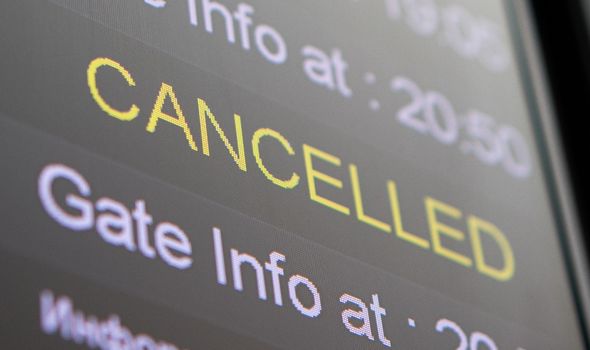 However, for passengers who are travelling with international airlines, refund policies largely are at the discretion of the airline.

Passengers are also not necessarily entitled to a refund if the flight is still going ahead, but the passenger is unable to fly.

In terms of UK airlines, British Airways has vowed to give vouchers to passengers who are unable to travel but will not be refunding unless a flight is cancelled.

Ryanair flights will be cancelled as a result of the travel bans, with customers offered refunds or date changes free of charge.

TUI has also cancelled a number of flights and holiday packages and will be refunding passengers.

easyJet says any passenger whose flight is cancelled will be notified and offered a refund, travel voucher or transfer to an alternative flight.

However, there is some good news for rail and coach passengers travelling within the UK who may be impacted by new lockdown rules.

“Transport secretary Grant Shapps said if you took the advice of the UK Government, and between the 23 and 27 of December you booked your ticket in advance as we told you to, you will be able to get a refund on train tickets and on coach ticket,” explained Mr Calder.

“That’s if you are starting your journey in England even if it is going to Wales and Scotland.”

Honeymoon takes dark turn as groom is paralysed from ‘cold’