Home » Travel » Flight secrets: Cabin crew reveal how they deal with emergencies on board flights

Sharing secrets and travel advice on Reddit, various flight attendants, pilots and cabin crew members revealed their near death experiences and how they handled these frightening incidences. One Reddit user, who works as a flight attendant, opened up about a harrowing ordeal while flying from Dallas, Texas to Honolulu, Hawaii.

During the journey, an engine unexpectedly shut down due to overheating, resulting in a tense two and a half hours that put her faith to the test. “We were flying DFW-HNL (Dallas – Honolulu) and were about 30 minutes past the point of no return and the captain informs us (flight attendants) that he had to shut one engine down because it was overheating,” she said.

“We had about two and a half hours until we could reach any kind of land. We had a new hire working the flight that got very emotional and started saying things like ‘I don’t want to die’ in a panicked voice.

“We had to shush her so passengers wouldn’t start freaking out.”

The commentator added that as time progressed, she began to feel uneasy and was bombarded with negative thoughts while on board.

She said: “I tried to ignore the fact that the other engine could crap out or we could have a bird strike or any number of things could go wrong.

“I started casually going through the cabin and rechecking all of the emergency equipment on board.”

In a bid to deal with the issue and calm down the new flight attendant, she took her colleague to look through the emergency equipment and remind her of her training – but things soon went from bad to worse. 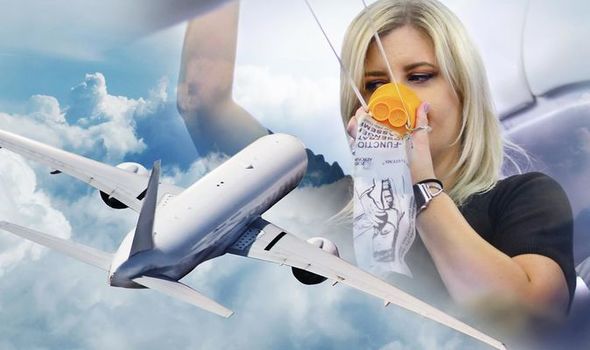 “Just as she started calming down I noticed a strange noise coming from the functioning engine. It was the sound it makes when we are changing speeds around the time we are about to land. We were still one hour and 40 minutes out.

“The captain gave us another call and my heart sank. Just as he called, a passenger gets up out of his seat and collapses right in the aisle,” she revealed.

“His shirt caught on the arm rest and ripped it wide open. His wife screamed. There were four flight attendants on this flight so someone else answered the call from the captain and I had to deal with this.

“In my mind I was thinking ‘how am I going to secure this guy if we are going down? Should I just leave him there and answer the phone? I need to know what the captain is saying…'”

DON’T MISS:
Flight attendant reveals how passengers can bag the best service onboard with simple trick
Flights: Pilot reveals the truth about how planes can beat delays in the air
Hand luggage: The surprising everyday item you cannot pack in cabin baggage 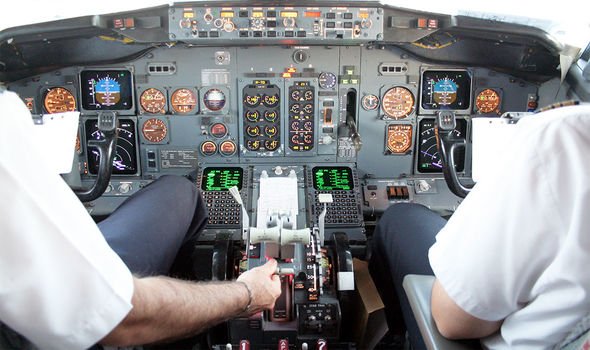 The commentator said that amid the chaos, she turned into “first responder mode” once she saw the passenger turn “pasty white”.

“None of these passengers knew about our engine problem and only a few notice this guy passed out in the aisle. I saw him fall so I was the “caretaker”.

“By the time a paramedic came, the guy was waking up but said his chest was really tight. We hooked him up to oxygen and got him back to his seat.”

The in-flight paramedic told the commentator that they needed to land soon and get him to the hospital. Luckily, the technological issue on the aircraft soon began to change.

“As we got him back to his seat, I notice the lead flight attendant had a yellow life vest on and was coming towards me. She tells me that the captain was able to turn the engine back on and that we should be landing in about an hour.

“We sent a message about the sick passenger. I know most passengers had no idea about any of this. I was standing there in the back sweating from helping this guy back to his seat, stressing about the poor new hire who we locked in the bathroom and just trying to gather myself. All I could do was laugh at myself for getting so worked up. We landed with no incident.”

In the revealing Reddit thread, a pilot also shared his close calls while flying a Boeing 737. “I was flying a 737 on final approach five miles behind a 787 when we got into their wake turbulence. The aircraft banked left sharply then immediately went into a very steep nose down right bank.

“I immediately corrected this but for a quick second I thought it might go over a 90° bank angle. I have never fought that hard in an airliner to recover, but I recovered, and had the smoothest landing of my career.”

In-flight emergencies can occur more often than travellers may think. In 2017, there were nearly 2,000 declared emergencies to the Civil Aviation Authority, which range from ‘distress’ which represents imminent danger or immediate assistance and ‘urgency’ which indicates concern for the safety of an aircraft.

In addition, a 2013 study published by the New England Journal of Medicine, found one in every 604 flights involves a reported medical emergency, which is often divided into two categories – injury related or health related.

This can range from injuries as a result of turbulence to a single passenger health issue, from an allergic reaction to a stroke.

Man boards plane to find he is only passenger on flight

4 Destinations to See Before They’re Ruined by Mass Tourism

Ryanair flights: Airline says ‘face masks will be mandatory’ but slams UK quarantine rules
We and our partners use cookies on this site to improve our service, perform analytics, personalize advertising, measure advertising performance, and remember website preferences.Ok