Home » Travel » Flight secrets: Cabin crew share the items you should never touch onboard a plane

Planes are often spot cleaned but only ever deep cleaned around once a month. Many think that this isn’t enough as flights can carry thousands of different passengers each day meaning that planes thrive with germs and bacteria. Posting on forum site Reddit, one former flight attendant shared a list of items you should never touch on a plane.

The first item was the tray table that folds down in front of you in which passengers eat from.

They wrote: “The folding tray table: those are touched by everyone – clean hands or not – apparently only washed “around once a week”, and plastered with bowel bacteria (e.coli), MRSA or the norovirus according to several public tests. Sanitise them and cover them with a fresh cloth or paper towel.”

A study by Auburn University found that the tray table was the second highest carrier of E.coli in the plane cabin, with the disease festering for 72 hours.

The next item was the arm rests which according to the flight attendant are never cleaned. 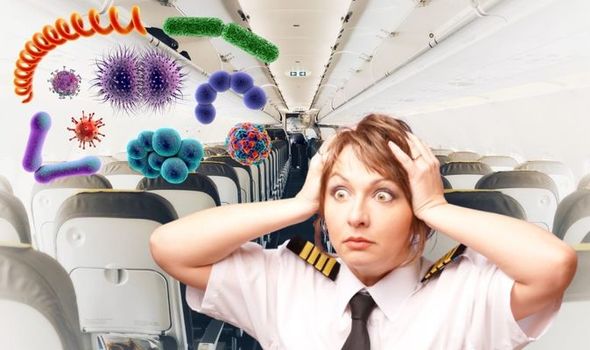 They explained how bacteria can survive twice as long on the arm rests as it can on the tray tables and recommends sanitising them before using.

They added: “Sanitise your hands often if you use them, or don’t use them and you also don’t get into a fight with your neighbour.”

Seat pockets are an area of the plane where everyone touches whether that be to place something inside or to get the in-flight information out that airlines tend to store in there.

The flight attendant wrote: “The seat pocket in front of you: everybody puts their hands inside there eventually, browses the magazine or emergency card (hey, what about those, are they ever washed?).

“The pockets are hard to clean anyway, plus have a porous structure – ideal for any type of bacteria. They found MRSA that lived there up to 170 hours. Just don’t touch it, unless you need to reach for the barf-bag anyway.”

However you might want to think twice before you next use one.

Usually wrapped in plastic, blankets and pillows along with some other items are left on seats before a passenger boards the plane. 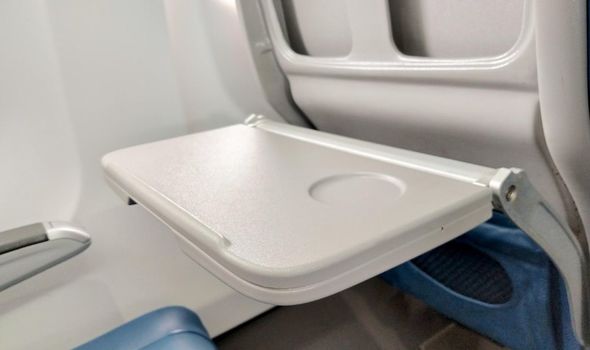 According to industry insiders, the only deep-clean on planes happens overnight and some airlines even re-use their blankets without washing them.

Sara Keagle, flight attendant and founder of aviation blog TheFlyingPinto said that in the economy part of the plane blankets are re-used.

She says that clean blankets are only given to the first flight of the day.

After that they could just be folded and used again and again. 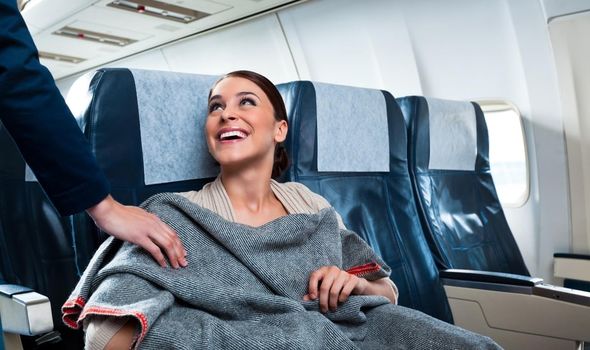 The flight attendant then revealed a surprising beverage that you should steer clear of.

They wrote: “The water from the tanks/taps: that is not drinking water…the tanks are cleaned only after long cycles and the inlets/outlets for fresh- and wastewater are close to each other and operated by the same guy, with the same gloves (unconfirmed).

“Basically: the water is not clean, don’t drink that! And use soap to make washing hands more effective.”

According to Healthline, recent testing found the tap water on airplanes to be unsanitary and the quality varies greatly between different airlines.

Testing found the presence of microorganisms in the water, including bacteria.

Therefore it is advised to drink bottled water while in the skies and it is also recommended to avoid drinking coffee and tea too because they also use tap water.

Even when boiled, testing found there to still be some traces of bacteria so airline insiders advise grabbing a hot drink before boarding.