Home » Travel » Flight secrets: Why consuming fizzy drinks onboard a plane can make you seriously sick

Airlines often offer a variety of different drinks onboard including water, hot drinks, cold drinks as well as alcohol. This helps passengers relax on the flight as well as stay hydrated which is super important while on a plane due to the altitude it is flying at.

The air on a plane is much drier than what it is on the ground, meaning consuming fizzy drinks as well as alcohol can leave you feeling weary and unwell.

These are both drinks that should be avoided before flying and whilst flying, both because the risk of dehydration is huge.

Carbonated drinks can also cause gas and heartburn, both of which are unpleasant feelings to have during a flight.

The altitude of the plane can also increase these feelings and leave you feeling poorly until you reach your destination. 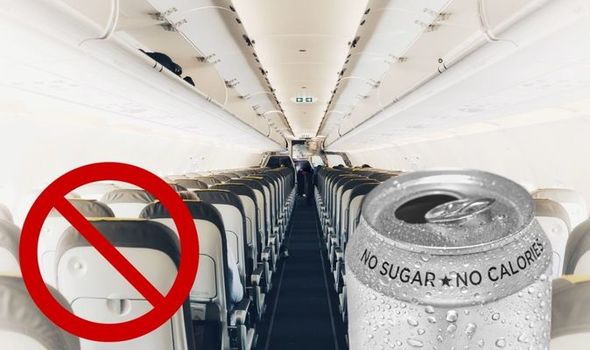 According to a blog post on These Golden Wings, Diet Coke takes longer to pour than any other soft drink or beverage while in the air.

This is because at the high altitude, it becomes extra bubbly because the CO2 is able to release more easily in the lower air pressure of the cabin.

Also, many have found that even when they have poured their fizzy drink into a cup while in the skies, not all of the liquid comes out of the can.

This is because the air pressure is keeping the drink in the can.

Due to all of these reasons, it is advised to opt for water in order to stay hydrated while in the skies.

However, make sure the water is always bottled and never drink the tap water onboard a plane.

According to Healthline, recent testing found the tap water on airplanes to be unsanitary and the quality varies greatly between different airlines. 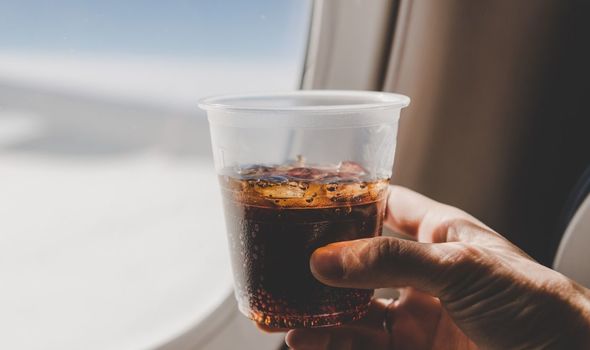 Testing found the presence of microorganisms in the water, including bacteria.

Researchers advise airline passengers to never drink water aboard an airplane unless it’s sealed in a bottle.

This also includes hot drinks including coffee and tea.

Even though the water has been boiled, it is still recommended to avoid these as the water still can contain traces of bacteria. 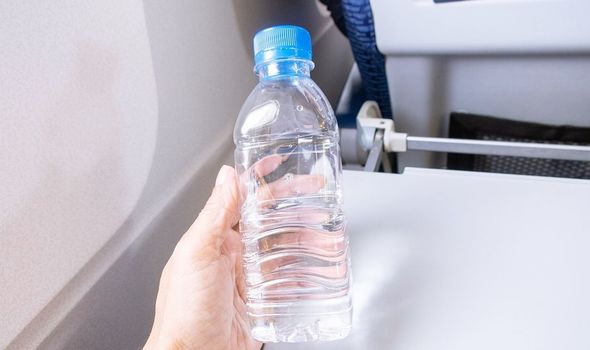 This is because while the water tanks do get cleaned, they’re never informed when or how often.

However, it can be assumed that they are not cleaned very often, especially if the cabin isn’t cleaned as often as it should be.

Airlines have since re-assured customers that their water tanks are clean and the on-board water they use for coffee and tea is perfectly safe for consumption.

Delta and United Airlines say that they use a high-tech disinfection process every four months to clean their tanks.

However, some cabin crew members aren’t convinced that four times a year is sufficient seeing as thousands of passengers travel on planes each day.

Big on apples: a cider (and perry) tour of Herefordshire

How to Recline Your Airplane Seat Without Being a Jerk