Airlines flying in southeast Europe have been warned of winds gusting to almost 100mph as a Mediterranean cyclone known as a “medicane” develops off the coast of Libya.

Eurocontrol, the Brussels-based organisation that coordinates flights over Europe, is warning of extremely high winds affecting the southern Greek islands and possibly spreading as far as western Turkey over the weekend.

“There remains some model uncertainty in the exact track of this low, it is currently expected to track towards the Aegean Islands late Saturday overnight into Sunday and on into southwest Turkey around 12:00 UTC [2pm local time] Sunday.

“However, there is a risk it could track slightly further north towards Athens.

“Be prepared for geographical reroutes by Athens ACC [area control centre] should the need arise.”

Eurocontrol also warns that some smaller Greek airports could run out of fuel. It says that Fraport Greece, which runs 14 airports, “advises that end of season fuel is low at some airports”.

None of the big airlines serving has cancelled flights so far but there is likely to be disruption from Friday afternoon to Sunday.

Ferries are being kept in port in the southern Greek islands, with disruption likely to spread as the storm moves closer to the mainland. 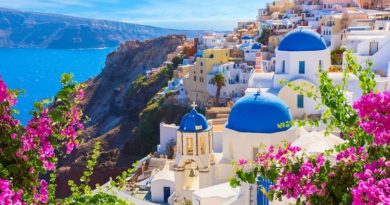