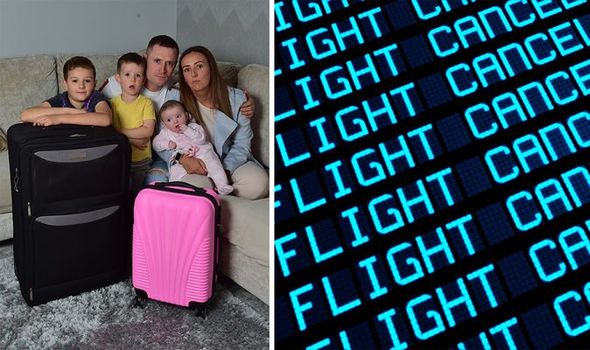 Thomas Cook passengers faced yet more devastation this week when a second round of replacement holidays were taken from them at the last minute. Travel agent FlyLolo was set up to rescue the holidays of some holidaymakers who were left in the lurch following the Thomas Cook closure. However, when passengers arrived at Glasgow Airport they were told their eagerly anticipated holidays did not exist. Flocking to the company’s Facebook page, concerned customers desperately begged for answers.

The firm’s CEO Paul Dendle confirmed the cancellation last night, stating that FlyLolo had cancelled their “entire Glasgow programme for the weekend”.

A reported 900 people have been left in the lurch following the cancellations.

According to Glasgow Airport 4 flights, with around 900 people booked on each, have been cancelled.

Affected flights include an 8:30 departure this morning to Tenerife South Airport, the Saturday departure of the same flight at both 7:00 ad 8:00, and the 9:00 flight to Arrecife Airport in Lanzarote.

Amongst those left heartbroken at the terminal was Chris McDonald who was due to jet off to Tenefire with his partner and their three children.

He had rebooked his cancelled Thomas Cook flights with FlyLolo and has explained his fury at their inability to secure a plane on his departure date.

Speaking to the Dialy Record, the 35-year-old dad said: “We’d been due to fly with Thomas Cook and paid £2000 for the flights before they collapsed.

“I found FlyLolo while searching for new flights on a flight scanner website and booked through them, paying an extra £1700 and still not knowing if I’d get the original money back.

“I’ve paid £1500 for a hotel but I’m self-employed so had to rearrange work around this holiday.

“When you book through the website, they send you a travel document with an ATOL certificate but there is no flight information.

“We were told we’d be sent a PDF ticket but it never arrived. As the flight got closer, the company were saying they’d be here on Friday, then on Monday. Now, we can’t reach anyone.

“I’m gutted for the kids. My oldest doesn’t understand and is asking why we can’t just get new flights. But I’m already £5000 down and don’t know if or when I’ll be getting it back.”

According to the BBC, a Glasgow Airport spokesperson advised all customers travelling with FlyLolo not to travel to the airport.

They said: “We were made aware tonight that flights planned by operator FlyLoLo to Tenerife South and Arrecife in Lanzarote this weekend will not go ahead.

“We would ask all FlyLoLo passengers affected not to travel to the airport and to contact the operator direct for further information.” 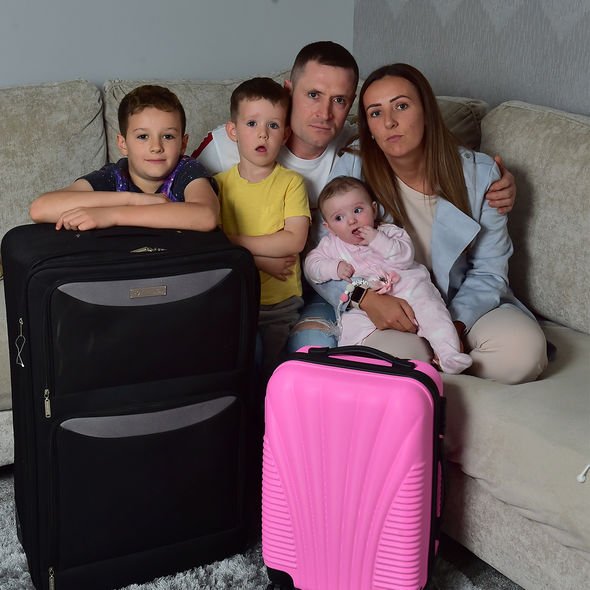 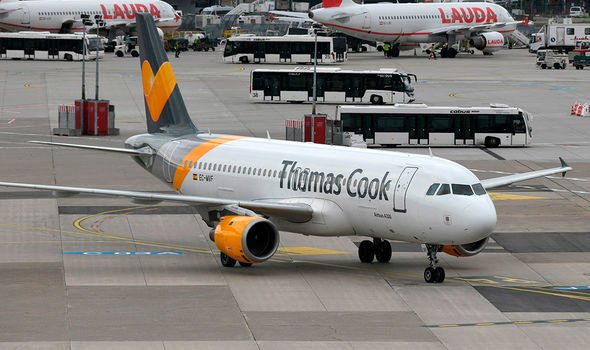 Meanwhile, Dendle apologised to affected customers, assuring them that they would receive a full refund.

Last night Dendle said: “The issue was the aircraft we thought we had a firm contract on was withdrawn. We have spent the last 17 days in trying to find an alternative.

“The issue was the cost in relation to rates we had agreed. We have been in discussions all day to secure a deal with another airline, we offered them equity in the company if they would supply the aircraft.

“I have been working 18-hour days to try and resolve this issue, but alas it was impossible.

“I apologise for the disruption and disappointment caused, I sincerely feel for the affected clients.

“All clients’ monies are fully protected and held in a CAA Trust and refunds will take 10 working days.”

For customers who find themselves in this position, it is vital they ensure their booking was ATOL protected.

Under the Air Travel Organiser’s Licence (ATOL) guarantee scheme, customers who bought a package holiday through a travel agent will be financially protected.

The scheme will pay for your accommodation abroad, although you may have to move to a different hotel or apartment.

ATOL also pays to have you brought home if the airline is no longer operating. 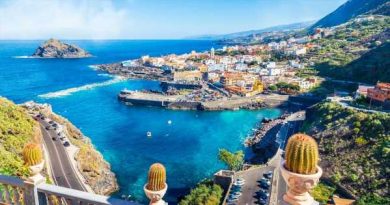 Two Is Too Young for Face Masks on Planes