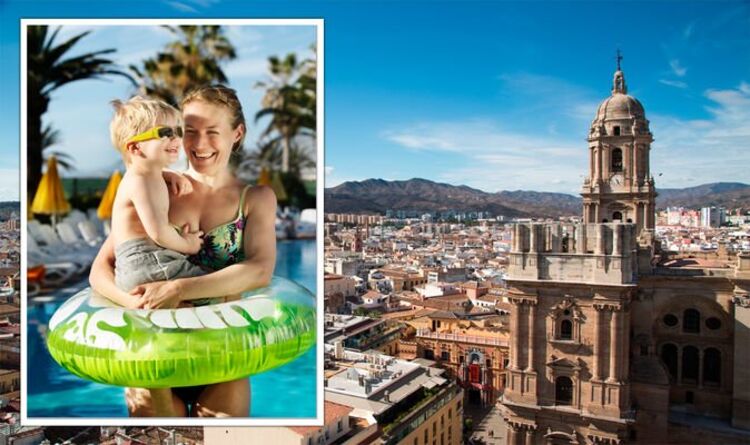 The Three Drinkers in Ireland: Travel show teased in trailer

Research from KAYAK has found that flights to Tenerife in March were 74 percent cheaper than the previous year. It found that a round trip cost just £34 in March.

According to Skyscanner on March 30, British tourists could fly to Tenerife from Doncaster in April for as little as £19 return.

Tourists flying from Cardiff could pick up a bargain trip to Tenerife for just £34 while Britons travelling from London could pay under £40 return.

Meanwhile, flights to Malaga cost as little as £15 for a round trip in March according to Kayak.

Tourists could find similar prices in April with return trips to Malaga for under £20 from London, Bristol and Doncaster according to Skyscanner on March 30.

The beautiful Spanish city is also a bargain from Glasgow, Leeds, Aberdeen, Cardiff, Exeter and Manchester with flights for less than £30 from each major airport.

Malaga is a great base to reach the wider Costa del Sol area including the popular resorts of Estepona, Fuengirola and Marbella.

Britons shouldn’t skip the thriving city altogether however as Malaga has plenty to offer visitors.

From the Picasso museum to delicious fish restaurants, tourists will have a lot to explore in Malaga.

British tourists could also find a bargain flying to Cyprus, according to the Kayak Travel Barometer.

Kayak found that flights to Larnaca in Cyprus had fallen by 63 percent in March since the previous year.

The port city is located on Cyprus’ south coast and is famed for beautiful Finikoudes Beach, a sandy city centre spot.

KAYAK also found that prices in the city of Faro in the Portuguese Algarve were 58 percent cheaper than last year.

Skyscanner shows flights for less than £30 return to Faro from London, Newcastle, Cardiff, Bristol and Durham in April.

The Algarve is a reliable family destination with stunning beaches and plenty of safe water for children.

Prices to Rome had also fallen since last year by over 50 percent with bargains to the Italian capital easy to find.

Meanwhile Kayak data found that searches for trips to Auckland in New Zealand and Denpasar in Indonesia had seen the biggest increase in interest from Britons.

British tourists were also searching for flights to Hong Kong, Amsterdam and Cairo.