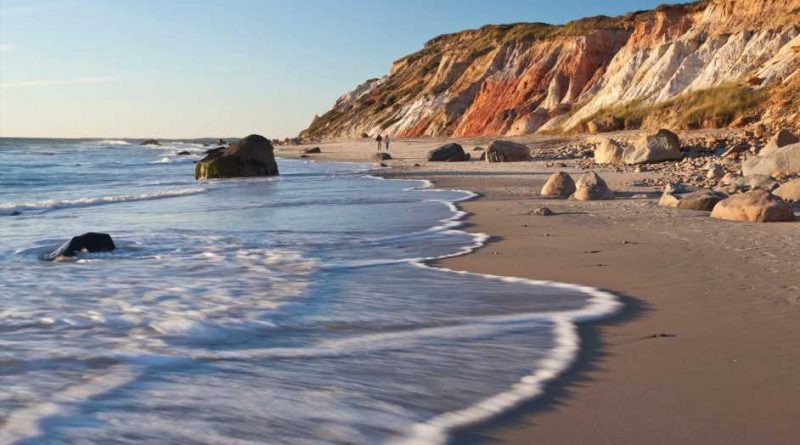 It’s the time of year again when wealthy people flee the concrete jungle of New York City in search of beaches and wide-open spaces.

New England hot spots like Cape Cod, Martha’s Vineyard, and Nantucket Island are primed for an influx of summer visitors as COVID-19 restrictions wane. But with the coronavirus still a threat, wealthy people are more likely to dig deeper into their pockets and splurge on a more exclusive means of travel.

Airlines and luxury private operators are gearing up to accommodate any and all travelers – with new flights in addition to their usual services that can transport flyers in as little as 45 minutes.

Read More: Airline workers have lower rates of COVID-19 than the general population – and airline CEOs say it’s proof that flying is safe

Here are all the options travelers have when flying between New York and the Massachusetts Islands this summer.

Three major airlines serve Martha’s Vineyard and Nantucket from New York’s three area airports and Westchester County Airport north of the city. Flying commercial is often the least expensive option, especially with a mix of carriers on the routes.

Delta Air Lines also offers flights from JFK and LaGuardia to both islands on regional jets. One-way fares are as low as $85, and first class is offered for a premium on some days.

United Airlines is offering non-stop flights only between Newark and Nantucket. It also uses regional jets, and schedules show United will deploy its swankiest of them all, the Bombardier CRJ550, with 10 first class seats, 20 “Economy Plus” extra-legroom seats, and 20 standard economy seats.

Elite Airways is the newest carrier to offer service between New York and Massachusetts, with flights from Westchester to Nantucket and Martha’s Vineyard starting Memorial Day weekend. The carrier is set to use Bombardier regional jets on the routes with fares starting as low as $129.

The airline also boasts complimentary amenities like a free checked bag, advanced seat assignments, and onboard snacks and drinks.

Five routes are offered from New York – three from Westchester and two from JFK. Both airports offer flights to Martha’s Vineyard and Nantucket, with service to Provincetown, Massachusetts also available from Westchester. Service differs depending on the departure airport.

Flights to and from Westchester use a private terminal away from the airport’s main commercial terminal. At JFK, flights use Terminal 5, which JetBlue also uses.

Cape Air flights between New York and Massachusetts use Cessna 402 twin-engine piston aircraft with no WiFi or in-flight entertainment, and often no co-pilot. It’s truly a back-to-basics experience but does the trick on short flights. Passengers can also request to sit in the cockpit if there’s no co-pilot.

But even with the basic aircraft and a single pilot, one-way fares for the summer often run more than $200.

Helicopter company Blade offers weekender flights between Westchester and the Massachusetts Islands using Pilatus PC-12 turboprop aircraft starting May 27. Flights to Martha’s Vineyard and Nantucket are available and use private terminals on both ends of the journey.

One-way fares start at $725 plus tax and do not require a membership.

Wheels Up, a membership-based private aviation firm, is resuming its Nantucket shuttle from Westchester starting Memorial Day weekend. Travelers can purchase seats on its Beechcraft King Air 350i turboprop aircraft for $795, with flights departing on Fridays at 5 p.m. and returning on Sundays at 5 p.m.

Flights use private terminals at both ends of the journey, so flyers can skip the security checkpoint. One carry-on bag, or a set of golf clubs, is permitted.

However, the shuttle is only available to Wheels Up members. There are three tiers of annual memberships, with the most basic “connect membership” costing $2,495 per year and a one-time initiation fee of $2,995.

In defense of the cruise lines part two