It’s a sparkling July morning in the Pindus mountains of north-west Greece. Three dogs dig energetically at the base of an oak tree on the green, forested slopes. In seconds, they strike metaphorical gold: a clutch of truffles, the biggest one half the size of my fist.

Our guide, Vasilli, beams. Since we set off an hour earlier, he has almost filled his backpack with the precious fungi – a harvest worth hundreds of euros.

Each time the dogs unearth lumpy delicacies, their owner, Katerina Nola, prises the truffles from them – their reward is a sliver she cuts off with her penknife. ‘I realised the climate, soil and vegetation here were similar to Tuscany about 15 years ago,’ she explains. ‘I was convinced we’d find enough truffles to make hunting commercially viable. And I was right.’ 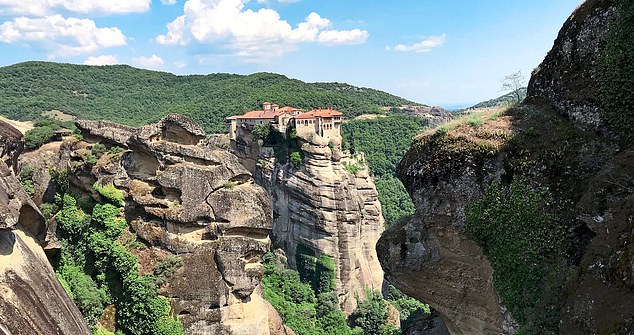 My wife Carolyn, son Daniel and I join the hunt, chasing dogs across the rugged landscape. Summer truffles, such as these, can fetch £500 a kilo. The white ones found in autumn and winter are rarer, but more valuable: they are worth about £2,000 a kilo.

Afterwards, at a table in Katerina’s garden, she makes a delicious lunch: mushroom and truffle soup, potato gratin with truffle chips, and a truffle omelette, all washed down with excellent local red wine.

Truffle hunting is arranged by the Metsovo Grand Forest, a five-star resort where you can dine in an exceptional restaurant with sensational views.

Few Britons ever visit, but it’s gorgeous: a land of craggy limestone peaks, thick forests, clear rivers and stone villages. The hiking is superb. There is even skiing in winter.

The Pindus lie in the Epirus region, close to the Albanian border. We’d driven from sightseeing in Athens, where we’d stayed at the Radisson Blu Park and found it blessed, with a rooftop restaurant commanding a full view of the Parthenon.

Driving in Greece – Athens to Epirus takes about five hours – turned out to be easy and the roads were good.

While in Metsovo, we took a day to visit the Byzantine monasteries of Meteora, perched on rocky pinnacles hundreds of feet high. The next day, we drove through the hills further west to the mighty Vikos gorge. 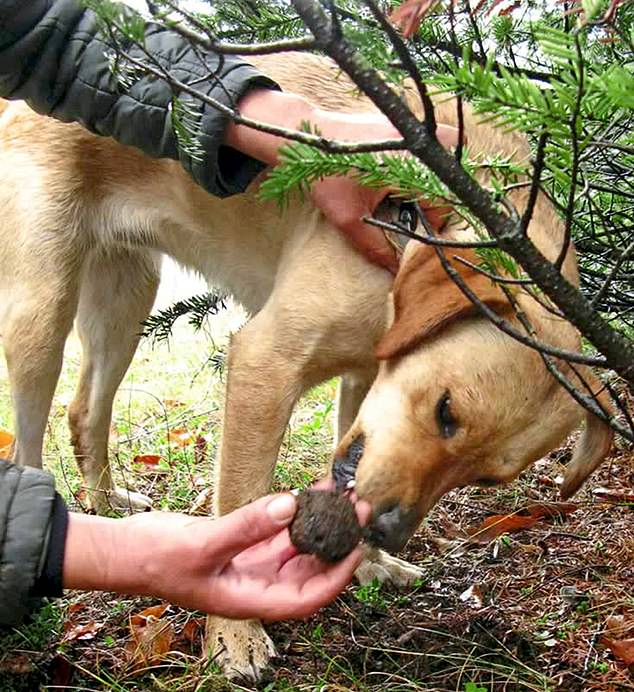 Jackpot: David and his family went truffle hunting in the Pindus mountains

We then checked into the Aristi Mountain Lodge, an excellent boutique resort with spectacular views. We took a rafting trip on the Aos river with Hellas Trekking (trekking.gr.) In high summer the rapids are not extreme, but the water was the bluest and clearest I’ve ever seen.

We later moved from mountain to the Sesa Boutique Hotel at Karnali. It was easy to take day-trips from here south to Lefkadia, with its wooded hills and pristine beaches, and north to Nekromanteion, the ancient entrance to the underworld.

Archaeologists who excavated its underground vaults, temple and oracle are said to have followed directions they found in The Odyssey. Homer, it seems, was not only a poet but a reliable guide.

No Greek trip is complete without a few days on an island. We chose Corfu and the stunning Villa Piedra, the loveliest we’ve visited thanks to its tranquil garden and infinity pool.

Greece, we learned, has much more to offer than white-sand beaches, white-walled villages and the package holidays of the Aegean islands.

Room-only stays at the Athens Radisson Blu Park (radissonblu.com) cost from £106 a night. B&B breaks at the Mestovo Grand Forest (grand-forest.gr) cost from £82; from £104 at the Aristi Mountain Resort (aristi.eu/en); and from £78 at the Sesa Boutique Hotel (sesahotel.com). Villa Piedra costs from £528 a night (villacorfu.gr). Truffle hunting plus lunch costs £135 for a group. 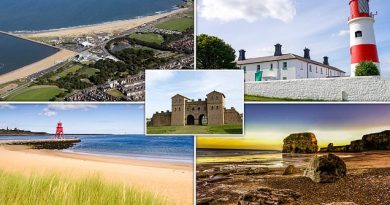 Scenic Glampsites In Every Southern State 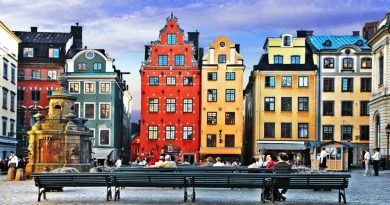 Cleared for Takeoff: A mini round-the-world trip to Sweden and South Africa