Augustin Trebuchon is buried beneath a lie.

His tiny plot is almost on the front line where the guns finally fell silent at 11 a.m. on the 11th day of the 11th month in 1918, after a four-year war that had already killed millions.

Like hundreds of others along the Western Front, Trebuchon was killed in combat on the morning of Nov. 11 — after the pre-dawn agreement between the Allies and Germany but before the armistice took effect six hours later.

His death at almost literally the eleventh hour only highlighted the folly of a war that had become ever more incomprehensible to many in nations drawn into the first global conflict.

Before Nov. 11, the war had killed 14 million people, including 9 million soldiers, sailors and airmen from 28 countries. Germany came close to a quick, early victory before the war settled into hellish trench fighting. One battle, like the Somme in France, could have up to 1 million casualties. The use of poison gas came to epitomize the ruthlessness of warfare that the world had never seen.

Instead, his body was found with a bullet wound to the head. He was recognized as “the last French soldier killed during the last French attack against the Germans,” Chanot said.

“It was a lie, without a question,” said Czubak, the French historian. 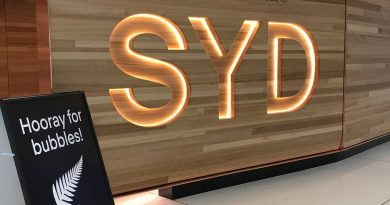 Covid 19 coronavirus: A 24-hour transtasman bubble dash across the ditch