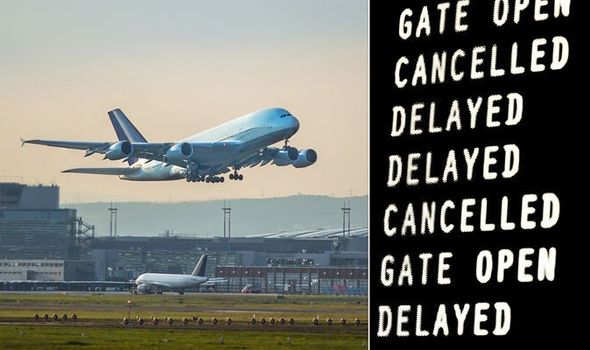 Frankfurt Airport flights were delayed today after the airport in Germany had to temporarily close. Operations were suspended after a drone was sighted in the area. Both takeoffs and landings at Frankfurt were on hold.

Flights were diverted to nearby airports.

According to Flightradar24, more than 70 flights have been diverted.

Nine flights due to arrive at Frankfurt have landed at Cologne, including a Lufthansa flight from Manchester. 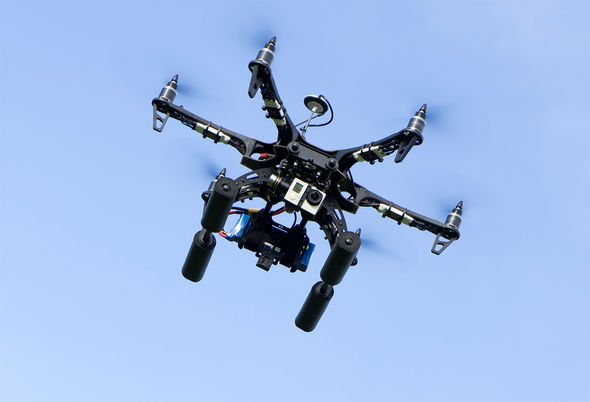 Eight flights have been redirected to Nuremburg, including a Lufthansa flight from Birmingham.

A flight due to fly from Frankfurt to Heathrow is currently at Dusseldorf, according to The Independent.

Lufthansa has cancelled at least a dozen flights due to fly from Frankfurt, all of them domestic or European services.

An airline spokesman told Express.co.uk: “As drones have been spotted at Frankfurt airport today, the airport was temporarily closed for operations (11:20-13:00 hrs. local time). Lufthansa had to divert and to delay some flights.”

Delays are set to build up at the airport, likely leading to cancellations.

A British Airways flights from Frankfurt to London City is currently shown as 90 minutes late.

Police are now investigating the matter.

Local police tweeted: “State and #Bundespolizei are working together for information and security purposes. There may be delays and flight delays.”

An airport spokesman for the airport told the Evening Standard: “We have been dealing with the incident since 11.20am local time. 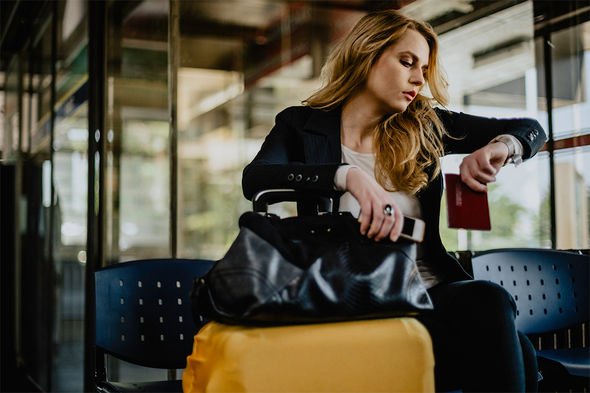 “We had a drone sighting in the vicinity of the airport.

“The use of the runways has been suspended by air traffic controllers and authorities are working to resolve the situation.”

The airport closure is set to affect tens of thousands of passengers.

Frankfurt Airport is one of the busiest airports in Europe.

On average, around 180,000 passengers use the airport a day in March. 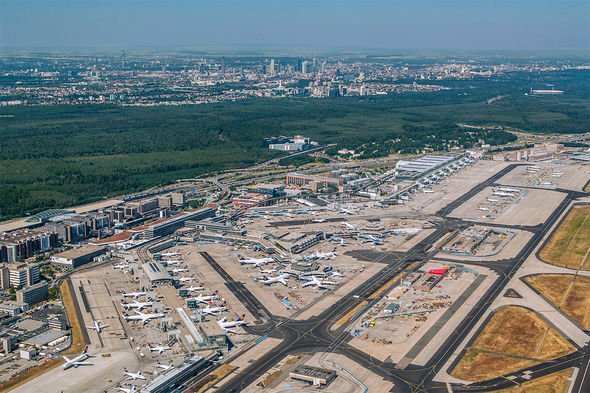 According to German media, Frankfurt is the Germany’s most drone-prone air hub.

This was followed by Berlin-Tegel and Munich airports, which each recorded 15 incidents, and Düsseldorf with 12.

What are affected passengers” rights?

Coby Benson, Flight Delay Compensation Solicitor at Bott and Co said: “A decision has been made by air traffic control to ground and suspend all flights at Frankfurt airport, causing widespread disruption for passengers.

“As matters stand, any air traffic management decision is deemed to be an extraordinary circumstance under EC Regulation 261/2004 and therefore passengers cannot claim compensation.

“Airlines are, however, required to provide passengers with care and assistance if delayed for between 2 and 4 hours (depending on the distance of the flight), including overnight accommodation if necessary and food and drink that is considered reasonable.” 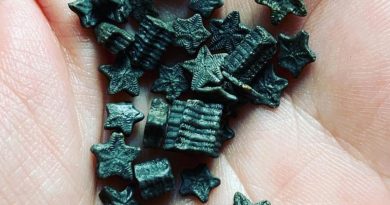