Sean Tipton of the Association of British Travel Agents warned those booking online should not be drawn in simply because of the cheaper prices. He also explained that it can be “almost impossible” to get money back if you are a victim of a scam, even in instances where the perpetrator is caught.

He told Sky News:: “I think the first thing to bear in mind is that there are warning signs that you might be dealing with a crook.

“First of all, they tend to be cheaper than everybody else.

“This is because they have no intention of providing you with anything anyway so they will so they can quote whatever they like.

“It won’t be ridiculously cheap but maybe 25, 30 percent cheaper. 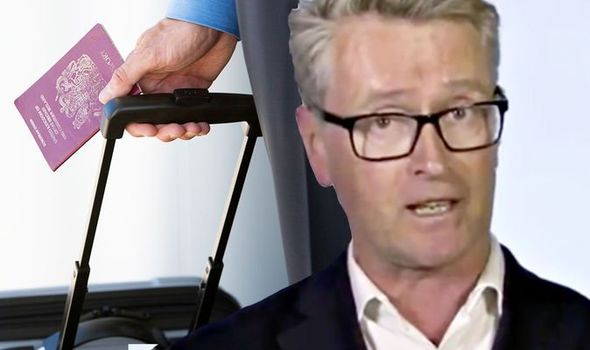 “They also have unlimited availability at all times of the year, again because they aren’t selling you anything in reality.

“Those two things are a bit of warning sign.

“Now if that turns out to be a crook and as we are seeing with 5,000 people, they were defrauded it is virtually impossible to get your money back if you pay by bank transfer.

“It is like handing money over to a total stranger, so those are warning signs.

“If you want to really make sure you are dealing with a legitimate company well think about it like any other holiday transaction.

“You look for membership of somebody like ABTA or ATOL.

“This is a guarantee that you are dealing with a reputable company and there are plenty of companies out there who will sell you airline tickets or accommodation online who are members of associations like mine.”

Portugal holidays: Britons offered loophole to Algarve to avoid ‘ridiculous travel ban’
We and our partners use cookies on this site to improve our service, perform analytics, personalize advertising, measure advertising performance, and remember website preferences.Ok