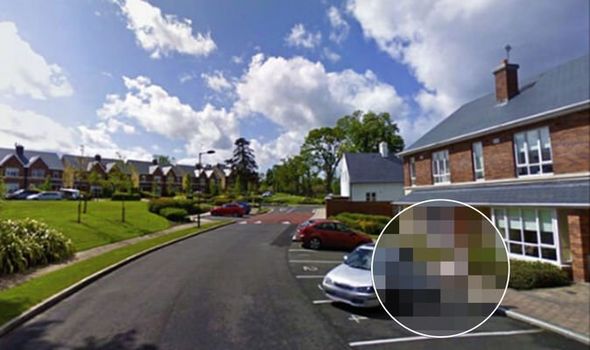 Google Maps cameras left some stunned when they stumbled upon a shocking sight involving a male. The Street View team ventured out into the countryside, to track the routes and details for a specific geographical location in the UK. On a bright sunny day, the enviable location of some properties perched on a countryside hill came to light. The cameras ventured between two lines of houses, separated by a grassy partition.

A scattering of cars were parked outside the houses, with the tarmacked spaces visable in front.

One man was standing by his vehicle yet instead of hopping in or out of his silver car, he was involved in a very strange activity indeed.

Perhaps spotting the Google Maps cameras in the sky, he decided to play up to them.

In a rude display, caught in full glory, he turned his back to the camera and pulled down his trousers to flash his bottom.

The man, who was wearing grey trousers and a while T-Shirt, could not be identified as his face could not be seen. 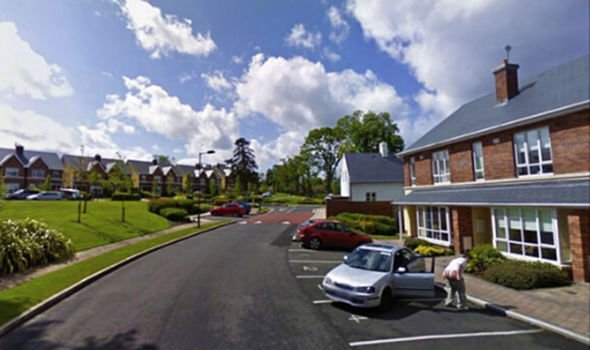 It is unknown why he did this, or whether it is a regular occurrence.

Meanwhile in completely separate scenes, Google Maps Street View helped reveal the exact scenes of the sunken Titanic, prior to its 107th anniversary.

Coordinates showing the exact location of the Titanic have come to light, ahead of the anniversary of the White Star Line’s cruise ship disaster in 1912.

History lovers are guaranteed to be interested in taking a look at the vessel’s final resting place. The Titanic sunk after colliding with an iceberg on her route from Southampton to New York, in 1912.

It was the White Star Line ship’s maiden voyage. 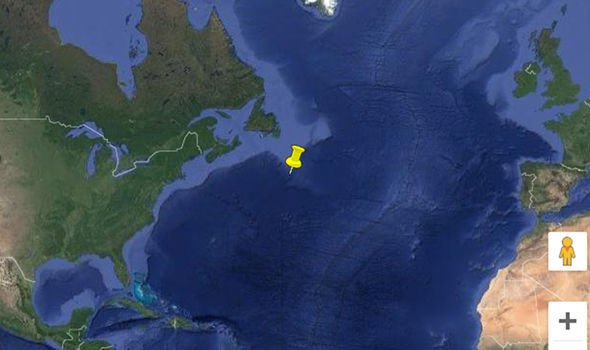 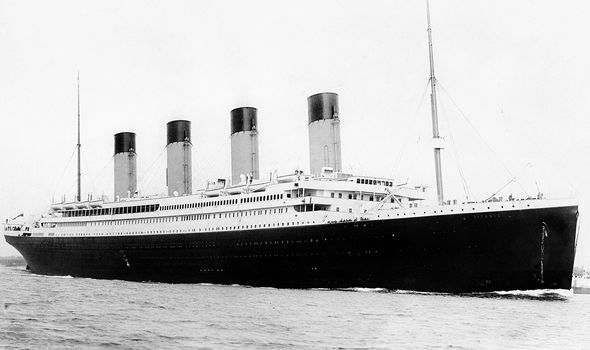 More than 1,500 passengers lost their lives, during what is the seventh largest maritime disaster in history.

For those looking at the scenes, the wreckage can be seen south of the island of Newfoundland.

It is also close to Nova Scotia, Maine and Vermont off the Northumberland Straight.

The Google Maps images show how, unfortunately, the liner came very close to its destination of New York City. 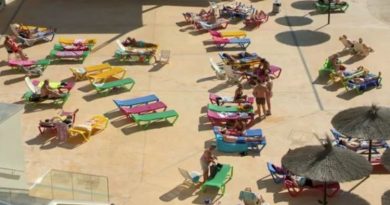 ‘Home away from home’: Britons see Benidorm as ‘little Britian’ – ‘gravy with everything’

'It's like waking up in an episode of Countryfile!'