The plane had not long taken off from the London airport, destined for New York, US. However, when one of the engines failed, the captain was forced to turn round. Emergency services were put on red alert and told to prepare for the worst case scenario as the jet headed back towards Heathrow with a full tank of fuel and a cabin full of concerned passengers.

The terrifying ordeal was revealed during ITV’s “Heathrow: Britain’s Busiest Airport” series, which was filmed between October 2018 and May 2019.

The narrator explained: “A serious situation has occurred and air traffic control needs to halt all aircraft movements.

“While emergency services have been alerted, Heathrow is put on complete standstill.

“Up in the air traffic control tower, emergency protocols have been triggered. 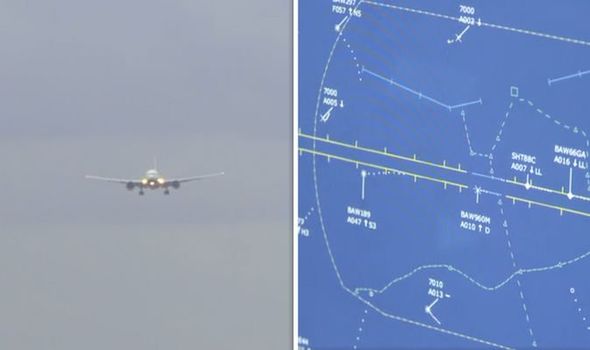 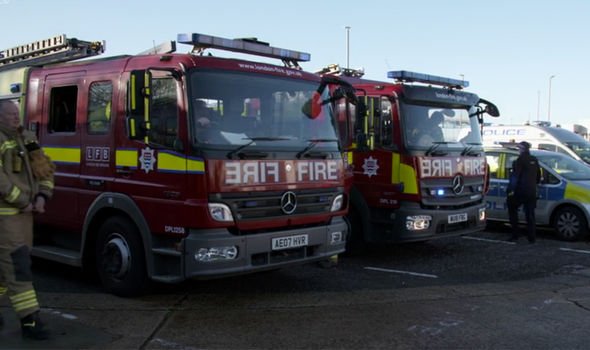 “A plane bound for New York has had to turn round due to a fault with one of the engines.

“Two officers – Terry and Dave – are on their way to one of the designated emergency meeting points near the runway.”

The programme then showed the two police officers rushing towards the runway, before one of them explained the magnitude of the situation.

He said: “Worst case scenario is there’s been a major fault with the plane and there is a fire or something.

“Our role is to preserve life and to assist with any scene that there would be.”

Scores of emergency services waited on the runway, ready to react to any situation they were faced with.

The narrator added: “Heathrow’s emergency services, as well as other local fire and medical units are in position.

“The plane had to turn round almost immediately after taking off, and it’s now on its final approach back to Heathrow with just one engine.

“Landing with a full tank of petrol means it will be making what is known as a ‘heavy landing’.

“This puts the aircraft at serious risk of structural damage and the potential to catch fire.” 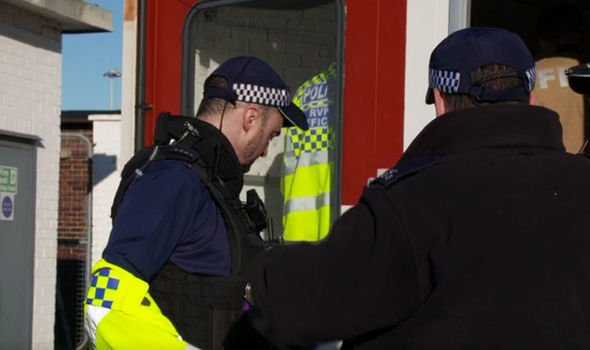 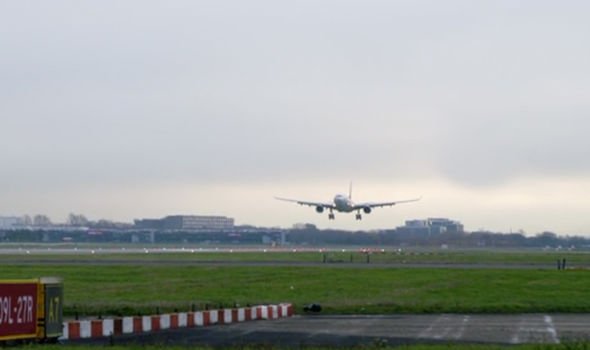 Thankfully, the plane landed without any significant issues, minus some smoke on one of the engines.

Passengers were safely disembarked and put onto another plane waiting.

The move comes after easyJet also suffered a nail-biting landing that left one passenger “glad to be alive”.

Captain Steve Freeman and First Officer Ajit Sindhu were in charge of the flight from Belfast to Newcastle when they caught the tail-end of Storm Freya in March.

The veteran pilot was forced to perform a move known as “crabbing” to safely land in the 40mph crosswinds.

11 Must-Visit Spots Our Editors Are Traveling to This Winter

What it’s like flying in summer 2020
We and our partners use cookies on this site to improve our service, perform analytics, personalize advertising, measure advertising performance, and remember website preferences.Ok