The High Court ruled that Western Australia’s border closure was valid and did not breach the constitution.

Mining magnate Clive Palmer had claimed the border was in breach of the constitution after his exemption to enter the state in May was knocked back.

Mr Palmer will be forced to pay the court costs.

Chief Justice Kiefel told the court WA’s quarantine directions to close the border and the authorising Emergency Management Act were not invalid because they did not infringe on section 92 of the constitution.

Under that section of the constitution, trade, commerce and movement among states should “be absolutely free”.

But Justice Kiefel said “no issue was taken about the validity” of the quarantine rules, and therefore the border closure was valid.

The WA government defended the border as an “effective” way of protecting residents from the spread of coronavirus during the pandemic.

This decision to not open WA up to other “low risk” states over the past few months was supported by the solicitor-generals of several jurisdictions during two days of hearings held this week.

Flights: Airport worker reveals the cause of flight delays that airlines may not tell you 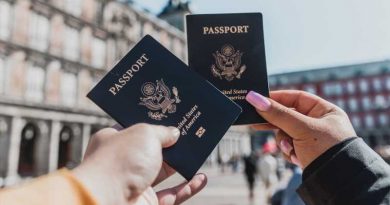 How and when to renew your passport