Home » Travel » Hiking a desert park? Here’s how to help preserve the landscape

On the Colorado Plateau, in the western United States, the vistas can stretch for miles, if not days. But while boundless panoramas get all the attention, one of the most remarkable assets of the region is not a point on the horizon, but the ground beneath your feet. Protecting this delicate ecosystem has become an urgent concern.

As travel returns, the upward trend in visitation at national parks is likely to continue, and with it, increased potential for bad behavior. Besides littering, last year’s crowds trespassed and even vandalized structures. But not all transgressions have to be as blatant to cause lasting environmental consequences.

“The most common instance I see with visitors is people going off trail,” says Sam Starns, a photographer and former park ranger. “It appears to be out of ignorance, but sometimes it feels intentional.”

Starns has seen this firsthand in Utah’s Arches National Park and Dead Horse Point State Park. Both are part of the Colorado Plateau, an iconic region that sweeps across four states. It’s known for famed rock formations such as Delicate Arch and Mesa Arch, two sites popular with visitors seeking photos for social media.

Venturing off designated trails in any outdoor area can lead to erosion, which can damage the soil’s ability to support native plants and cause trail instability. In many desert landscapes, the problem is more deleterious—it can irreparably harm the environment.

The soil is alive

Throughout the Colorado Plateau, the soil teems with life. The top few centimeters form a biological layer, or biocrust, housing a trifecta of organisms—cyanobacteria, lichen, and moss—that play an important role in desert environments.

When airborne cyanobacteria lands on bare ground, it colonizes and keeps soil particles in place, meaning lichen and moss can move in. “Lichens take nitrogen out of the air and make it into a form that is usable by plants and mosses,” says Jayne Belnap, a research ecologist with the U.S. Geological Survey. Mosses enable carbon fixation, which helps fungi thrive.

Other organisms including plants and tiny insects add to this rich environment. “A healthy biological soil crust community will help precipitation stay in the soil longer, making it available to the plants,” thereby ensuring the plant community is healthy, says Matthew Van Scoyoc, an ecologist who studies the environment of Arches and Canyonlands for the National Park Service.

In zones where rain is infrequent, biocrust stabilizes the soil surface, protecting it from erosion caused by wind and water. It also reduces the likelihood of sandstorms, one of which deposited red dust all over the Colorado snowpack in 2009. This layer of dark sand absorbed heat from the sun’s rays, causing the snow to melt nearly 50 days earlier than anticipated.

But for all of their important work, biocrusts are actually fairly delicate. “They’re dry and brittle, and when you step on them, they smash. That’s a big deal because then they become that small particle that can blow and wash away,” says Belnap. Without this protective layer, erosion and airborne debris would run rampant. Floating dust could ultimately make visiting these areas impossible.

Arid environments aren’t the only places biocrust thrives. Steve Warren, an ecologist with the U.S. Forest Service, has studied the soil since the 1970s; he has found evidence of biocrust in military training areas in Virginia, Florida, Texas, and Wisconsin. “You can find biological soil crust anywhere there’s bare ground,” he says. “I grew up in southwestern Missouri. They were all over there. People just didn’t realize it.”

Indeed, biocrust was not discovered in the mid-20th century—too late to prevent the damaging effects of Utah’s massive cattle drives in the late 1800s. Some areas still bear evidence of trucks that drove through in the 1940s. “In Yuma, where it hardly rains at all, the recovery is basically nonexistent,” says Belnap. “You can still see the tracks, and the crusts are not back.”

The long road to recovery

Biocrust can recover, but it takes years. Even then, the organic makeup will likely be different, producing a layer that’s less stable. “Organisms are back in there, but that doesn’t mean they are fully functional,” says Warren.

Scientists have tried growing the same combination of organisms in labs and other environments before replanting them in the soil; these efforts have been unsuccessful. “We don’t know how to fix them very well, and so if we wreck them, we don’t know how to facilitate getting them back,” says Belnap. “They are very picky and can’t seem to make the leap. So it’s really important not to disturb them in the first place. It’s not like a plant that we just go buy at the nursery.”

One way to avoid stepping on biocrust is to look for lichens. These leafy growths are easy to spot due to their bright pink, yellow, green, and orange tones, says Warren. Visitors can also look for older crust segments, which take on distinct characteristics as they age. “As soon as they mature at all, they start getting very bumpy and very dark,” says Belnap. The appearance is due to a buildup of filamentous cyanobacteria, which becomes fragile in dry climates.

Because it can be difficult to see biocrust, it’s easy for park visitors to miss how vital and fragile the soil is. “I think if folks could get down and really look at the biocrust, they would see how alive the desert’s soil really is,” says Sasha Reed, a USGS research ecologist. “Then it would be easier to make decisions that help protect these amazing soil communities.”

How Italy’s Second Lockdown Feels Different From Its First, According to a Local 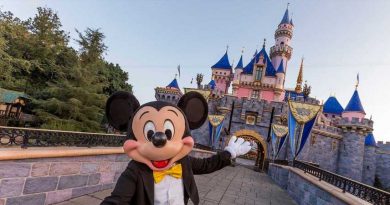 California Is Giving Away Disneyland Trips, Celebrity Chef Dinners, and Napa Weddings to Celebrate Its Reopening

Early 2021 Disney cruises on sale this week; prices only go up from here