A British holidaymaker lost the use of his legs after a parasitic worm swam up his penis while he was taking a dip in a lake.

James Michael, 32, was oblivious the worm was burrowing inside him while swimming in Lake Malawi, southeastern Africa, on a holiday with friends.

The parasite laid eggs which attacked his spine and pushed his immune system into overdrive, leaving him “helpless”.

The marketer spent three months in hospital battling an infection with doctors giving him a 30% chance of recovery.

James, from Kensington, central London, said: "When I look back at photos from my time in Africa, it's weird to think that's where the parasite crawled up my penis.

"That wasn't exactly how I imagined the trip of a lifetime with my friends going – the whole experience was surreal and strange.

“It was like going straight from a paradise beach to a hospital bed, almost incapacitated and helpless.”

But after a stint in a wheelchair and using crutches for four months, brave James is back to full health.

James went on the "trip of a lifetime" to Africa with three mates back in August 2017.

They travelled from Zambia to Zimbabwe, before visiting Malawi for five days.

It was only in October 2018 when James noticed a loss of feeling in his legs which worsened rapidly.

Tests eventually revealed his immune system was attacking his spine before he was diagnosed with bilharzia – an infection caused by a parasitic worm which lives in fresh water in subtropical and tropical regions – and given suitable medication.

James added: "That killed the infection but I was left basically debilitated.

“I couldn't wish what I've been through on anybody."

James said: "The pain has been like nothing I've ever known.

"The loss of feeling and use of my legs affected every part of my life.

He added: "My girlfriend couldn't hug me because just to touch me hurt and we've not been intimate with each other because it's just too painful for me.

"I would urge anyone thinking of getting into Lake Malawi not to.

"It's just not worth the potential risks of a little worm climbing in your body through your parts.

It's a grotesque, sickening thought.

”This has been horrendous. It's felt like a never-ending mountain I've had to climb."

Dubai: Doing this one simple move could be considered HIGHLY offensive 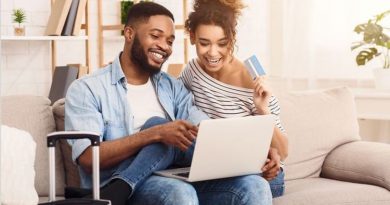