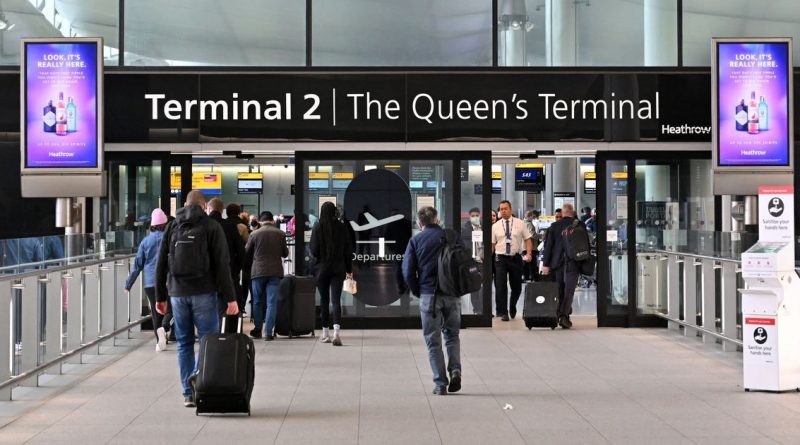 Holidaymakers claim there is “chaos” at Heathrow Airport today due to an incident in the tunnel leading to Terminals 2 and 3.

Photos shared on Twitter show queues of passengers with suitcases while the Mirror reports heavy traffic on the roads to the airport.

Brits have been sharing their frustration after the tunnel was shut off – as some say they've been stuck in their cars for hours.

Heathrow Airport confirmed that fire services were investigating after gas alarms were activated.

“Now jammed inside too…”

The images show crowds of Brits crammed into the airport while another photo, taken by Twitter user Christian Wolmar, shows fire engines outside the airport.

The Heathrow Airport official Twitter account wrote that there was simply an “issue” leading to the tunnel being closed.

It said: “There is congestion across Heathrow’s road network due to an issue in the tunnel leading to Terminals 2 & 3. The tunnel is currently closed while we conduct safety checks.

“We advise avoiding travel by road and instead use the rail network."

It continued: "Passengers may also use the free rail transfer service from Terminals 4 & 5.

“If you are travelling by road, please allow extra time for your journey. We apologise for any inconvenience caused.”

In the replies, some holidaymakers claimed to have ben stuck in their cars for “over an hour”.

One woman said: “My family are stuck in that tunnel including two small children. It is urgent they get out of there ASAP.

“We’ve just been told it will take up to 6 hours for the tunnel to reopen! 6 bloody hours,” added another.

While a third wrote: “Staff can’t get in or out either.”

A Heathrow spokesperson told the Daily Star: “The tunnel to Terminals 2 and 3 is partly closed while our teams and the Fire Service carry out checks.

"There is congestion across Heathrow’s road network and passengers travelling to Terminals 2 and 3 are advised to avoid travelling by road and to instead use the rail network and underground.

"They may also use the free terminal transfer service from Terminals 4 and 5. If you are travelling by road, please allow extra time for your journey. We apologise for any inconvenience caused."

If You're Storing Wine in the Fridge or Vodka in the Freezer, You Need to Read This

If You Want to Avoid Delays, This Is the Best Time of the Day to Fly