Home » Travel » Hotspots – Where to next for future tourism destinations?

To anyone who has battled the crowds in Venice, Barcelona or Dubrovnik in recent years, the following fact will come as no surprise: tourists have never been more numerous.

A record 1.323 billion overseas trips were made by travellers last year, according to statistics released last week by the United Nations World Tourism Organisation (UNWTO).

That represents an increase of nearly 7 per cent on 2016 — the biggest year-on-year rise since 2010.

Though there are plenty of emerging destinations in Africa, Asia and the Americas, the world’s second smallest continent in terms of land area — Europe — welcomed 51 per cent of all overseas travellers last year.

Its dominance shows little sign of slowing. Arrivals rose by 8.3 per cent across the continent in 2017, outstripping growth in the Americas (+4 per cent), the Middle East (+4.6 per cent), and Asia and the Pacific (+5.6 per cent), and only a fraction behind Africa (+8.6 per cent).

However, the US was one of the biggest losers when it came to tourism last year. Donald Trump’s presidency has coincided with a 3.8 per cent fall in arrivals, with many blaming his controversial policies and “Muslim ban”.

South Korea also saw a fall in arrivals of 22.7 per cent, a slump attributed to heightened tensions with its neighbour to the north.

The rise of China

In the first year of the new millennium, a modest 10.5 million overseas trips were made by Chinese residents. Fast-forward to 2017 and the figure was 145 million — an astounding increase of 1380 per cent. In less than two decades, China has grown from travel minnow to the world’s most powerful outbound market, leapfrogging the US — and leaving it in its wake. According to the UNWTO, Chinese tourists overseas spent NZ$391.55 billion in 2017, up from about NZ$15.19b in the year 2000. America’s globetrotters parted with a relatively paltry NZ$205.12b.

Now consider this: just 7 per cent of Chinese citizens — or 99 million people — possess a passport, compared to about 40 per cent of Americans, and 76 per cent of Britons.

Clearly the potential for further growth — China’s population is 1.415 billion — is staggering. The China Outbound Tourism Research Institute predicts that overseas trips by the country’s residents will increase from last year’s figure of 145 million to more than 400 million by 2030. “That means that out of the 600 million additional trips in international tourism forecast by UNWTO — bringing the total from 1.2 billion in 2017 to 1.8 billion by 2030 — almost half will originate in China,” it says.

The country will account for a quarter of international tourism.

How things have changed

Annual arrivals doubled in six countries in the period from 2010-2017, with Japan leading the way. It welcomed 8.6 million travellers seven years ago. Last year, the figure was 28.7 million, a remarkable rise of 233.7 per cent.

Japan’s rise demonstrates the value of cutting red tape. In 2013 the country relaxed visa restrictions for visitors from Thailand, Malaysia, Indonesia, Philippines and Vietnam. Since 2015 it has eased restrictions for Chinese citizens. In 2017 it became easier for Azerbaijani travellers to visit and this year those from India and Ukraine were the latest to benefit. A total of 66 nationalities can now visit Japan as a tourist without a visa.

However, rapid growth means strained infrastructure and overcrowding. Earlier this year The Japan Times reported on what the country’s media calls kanko kogai, or “tourism pollution”. Kyoto is the key battleground, it says, with residents claiming the city is so overrun they can’t use buses or get a reservation in their favourite restaurants. The city’s miyabi, a refined atmosphere unique to Kyoto, has been destroyed, they say.

Look further back and there are staggering increases. In 1990, for example, just 17,000 travellers visited Cambodia, a country still reeling from the nightmarish rule of the Khmer Rouge, war with Vietnam, and a subsequent 10-year occupation. Fast-forward three decades and Cambodia is now a highlight of many trips to Southeast Asia. So much so, last year it welcomed 5.6 million visitors — a 32,841 per cent rise. 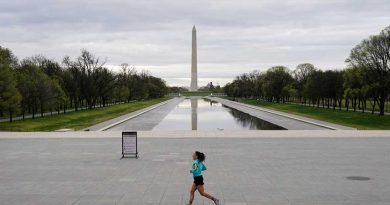