Home » Travel » How long before my flight do I need to arrive at the airport?

Most airports tend to have their own guidelines on when to turn up based on the size of the airport and the time it’s expected to take to check-in, pass through security and find your way to the gate.

London Stansted suggests checking in a minimum of two hours before the scheduled departure time of your flight.

Due to road works around the airport and the on-going Manchester Airport Transformation Project, Manchester Airport is currently advising passengers to leave additional time for their journey to the airport, in order to have checked in and be ready to go through security at least two hours prior to departure.

Luton Airport states that check-in desks and bag drop facilities will open two hours prior to flight time and that the airline will close the boarding gate approximately 40 minutes before the scheduled departure time.

Smaller airports with fewer flyers and quicker check-in and security processes may require less time, however.

London City Airport, for example, has just one terminal and is frequently used for business trips where passengers want to be in and out of the airport as quickly as possible. Its website boasts that passengers can be from front door to gate in 30 minutes and encourages travellers to save time by checking in online prior to their arrival or to use one of the self-service machines to check-in.

Checking in online is something offered by almost all airlines; if you know you’re going to be tight on time, it’s also worth paying a little extra for priority boarding.

All airports advise passengers to check their airline tickets or documents for instructions regarding check-in times and to contact their airline directly if they are unsure.

Arrange your travel to the airport ahead of time and check closer to departure for any strikes or road works that may affect your journey.

While waiting around in an airport terminal can be tiresome, it’s worth sticking it out rather than running the risk of missing your flight. If you’re late, your flight can – and will – take to the air whether you’re on board or not. 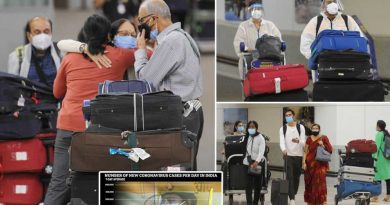