Home » Travel » How Pete Buttigieg Could Improve Air Travel, According to Consumer Advocates 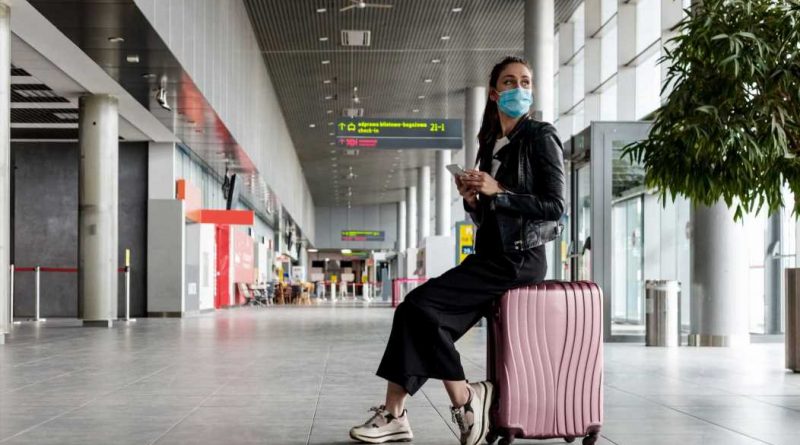 President Joe Biden has named hundreds of new officials at dozens of key agencies. But for airline passengers, none are more important than the swearing in of Pete Buttigieg as the Secretary of the U.S. Department of Transportation. He will command a host of federal regulators overseeing airlines, airports, and aircraft manufacturers, including the Federal Aviation Administration.

Nearly all consumer advocates agree that the former administration was a disappointment for advancing air passengers’ rights. In October 2020, 10 advocacy organizations wrote to the DOT to outline the key ways officials had failed the flying public. (Note: As an aviation consultant on passenger issues, I played a role in crafting the letter, but the opinions expressed here are my own.)

Here are three issues that have generated the most complaints from airline passengers over the last couple years. Consumer advocates are fighting for these and many other issues concerning safety, health, security, and passenger rights, and the coming weeks and months will show how Secretary Buttigieg intends to respond to such concerns.

Flight refunds for the pandemic and beyond

In 2020, hundreds of thousands of consumers followed government and health mandates by not flying during the pandemic—only to be denied refunds for those flights.

Once COVID-19 lockdowns began in earnest in March 2020, the DOT refund regulations proved to have numerous loopholes for airlines and other ticket sellers to avoid paying refunds. One Congressional study estimated outstanding flight refunds totaled $10 billion in 2020. The DOT did issue written warnings to airlines about misleading consumers on refund policies. Still, these official warnings yielded few results for travelers, and for nearly a year very few consumers received refunds. Recent statistics from the DOT are nothing less than astounding: Refund complaints soared from 1,574 in 2019 to 89,518 in 2020, reaching an all-time high.

Many advocates—and consumers—feel that since U.S. airlines have received several rounds of government aid, there’s no excuse not to refund travelers. “At the same time the airline industry has been opening its hands for billions of dollars in taxpayer aid, it has been closing its hands to the same taxpayers asking for refunds they are legally entitled to for canceled flights,” says Kurt Ebenhoch, Executive Director of Travel Fairness Now. “Now some of those stuck with travel credits are finding they’re about to expire.”

Consumer watchdogs are petitioning both the airlines and the DOT for extensions to the voucher expiration dates. They’re also urging airlines to pay outstanding refunds still owed to passengers, and requesting Secretary Buttigieg ensure that customers receive their money back.

As far as long-term policy changes, advocates are pushing the DOT to rewrite the rules for passenger refunds. These regulations should be expanded to more fully cover “force majeure” situations—or certain scenarios claimed to be outside of an airline’s control, like a pandemic, that currently mean carriers aren’t held completely liable for refunds or other reaccommodations.

Finally, the DOT must become more stringent about enforcing refund regulations. Written warnings can only go so far, and advocates say the department and Secretary Buttigieg should carry out penalties against carriers that repeatedly deny refunds.

Just days after his inauguration in January, President Biden instituted a mandatory face mask rule throughout the United States, including onboard commercial aircraft and inside “transportation hubs.”

But much still needs to be done by the DOT to protect airline passengers during this pandemic. “We welcome the Biden Administration’s airport and airplane face mask mandate that, along with the voluntary vaccination of millions, will increase confidence in air travel,” says Kevin Mitchell, Chairman of the Business Travel Coalition. “However, those two components alone represent an insufficient solution.” Federal pre-trip testing rules for unvaccinated passengers would help restore traveler confidence, he says, and it could also help kickstart business travel again.

Another key issue is social distancing, which obviously is quite challenging in the tight confines of older airports, TSA checkpoints, jetbridges, and airplane cabins. Empty seats can provide critical space, according to a Massachusetts Institute of Technology study published in July 2020, which found that statistically those extra inches can significantly reduce the risks of contracting COVID-19. Currently only one U.S. carrier—Delta Air Lines—is pledging to block middle seats between strangers, at least through April 30.

A growing number of consumer advocates say that the ideal solution would be uniform federal protocols that mandate social distancing in airports and onboard planes—including empty middle seats—as well as clear guidelines for aircraft cleaning and testing of both passengers and airline staff.

“Mandating masks was an important first step, but now the flying public deserves additional health standards they can depend on no matter what airline they fly and what airport they use,” Ebenhoch says.

In the era of airline fees for everything from soft drinks to checked and even carry-on baggage, advocates have called foul on parents and caregivers being charged more simply to sit next to their young kids.

When Congress passed the 2016 FAA Reauthorization Act, it included a provision on family seating that directed the DOT to review airline policies and ensure kids 13 or under could sit with their families without incurring additional cost.

But families are still asked to shell out extra in order to sit together. According to a Freedom of Information Act request filed in 2018 by Consumer Reports, parents of children as young as 2 years old, and some with children who have seizures or are autistic, were among the 136 family seating complaints filed with the DOT against numerous U.S. and international airlines.

To date no additional action has been taken by regulators. Currently, the “Family Seating” page on the DOT’s website—last updated in March 2020—simply offers “practical tips” and advice on how to file a DOT complaint, but nothing on how the Department intends to enforce a law that was passed nearly five years ago.

“The previous DOT put airline profits over passenger fairness and safety and decided that families with small children sitting together wasn’t important enough to warrant action,” says Ebenhoch. “Secretary Buttigieg has an opportunity to show that fairness and the safety of passengers and their young children come first.”

For real skiing thrills, head to Saalbach for some mountain madness

30 of Europe's most beautiful castles