Visiting every country in the world is a feat unto itself. Doing it twice is practically unheard of.

But one man, a Greek backpacker named Babis Bizas, claims he has not only visited all 195 countries in the world, he’s done it two times, the Daily Mail reported. And he’s only 64 years old. So, what have you done?

This achievement has led him to call himself “the most traveled man in the world.” Kind of like the “most interesting man in the world,” but with travel. Babis Bizas does not always visit 195 countries, but when he does, he does it twice.

Babis Bizas has been rightfully dubbed the most-traveled person in the world, as he has visited all 195 countries numerous times in the past 40 years. pic.twitter.com/EyhR4w4aPC

According to the Daily Mail, Bizas started backpacking when he was 22, hitchhiking to the closest countries to Greece: Turkey and Bulgaria.

“The next year I realized I had already missed my exams period and thought there was not much point going back to university – so I went to Asia instead, Afghanistan and Pakistan,” he told the Daily Mail. The rest is history, so to speak.

Of course, traveling the world isn’t cheap, so Bizas has found jobs that also allow him to continue his travels. After a short stint on a Greek ship that sailed between Africa, America, and Sri Lanka, Bizas got a job as a tour guide organizing trips to places that were more off the beaten path. He travels more than 300 days per year.

By 2004, he had visited all 195 countries for the first time, including the North and South poles, according to the Daily Mail.

“When I finished all the countries I thought to myself, ‘What do I do now? I should either write a book, or keep traveling,’” he said. “Of course I chose the second one.”

Because you can never fully experience a country in just one visit, Bizas decided to use his second visits to explore a little deeper. In his words, he feels that you haven’t really been somewhere until you’re “able to give an hour-long lecture about it.”

And even through all his trips, Bizas is not a lonely traveler. He has been married to his wife, Penelope, who lives in Ithaca, Greece, for the last 39 years. She occasionally joins him on trips, but isn’t on the road nearly as often as Bizas.

According to the Daily Mail, the record for “world’s most traveled” person is no longer a title in the “Guinness Book of World Records.” However, the title was awarded to Bizas in 2015.

Bizas has trips planned all the way up until 2020, so it looks like there’s no sign of stopping this globetrotter. Perhaps he might even get a chance to visit all the countries three times. 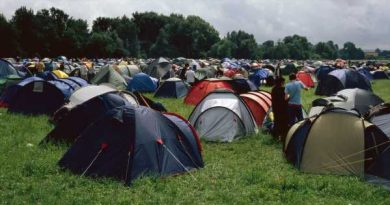