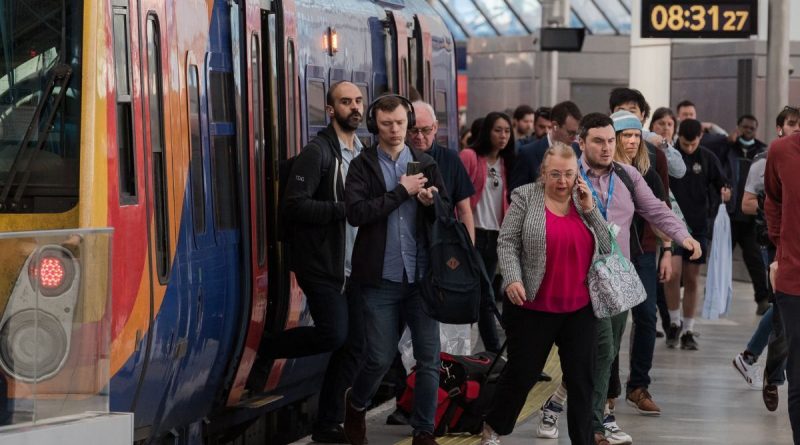 Train strikes: Britons urged to prepare for week of disruption

The strikes will continue for a further two days this week in the biggest industrial action on British railways for decades. Workers voted to strike after pay negotiations broke down.

National Rail has a journey planner that passengers can use to check the status of their train.

It is offering regular updates on services that are being impacted by the train strikes.

Travellers can enter their destination and starting point as well as the time of departure to find out if the service is affected.

Passengers can also check the train operator they booked their ticket through.

The train companies have shared updated timetables with train services which they expect to be running.

Announcements of any delays or cancellations are also made at train stations, so anyone travelling by train should keep a close eye on the departures board.

Anyone affected by the strike can contact their train operator to request a refund.

What are the strikes about?

Rail union RMT announced the strike earlier this month and called for railway workers to be given a fair pay rise.

About 40,000 workers are involved in the strike action affecting 13 train operators and Network Rail.

This includes a range of staff working on the trains but also workers at train stations.

Union bosses are fighting to get guarantees of no compulsory redundancies for railway workers.

They also say railway staff have been subjected to multi-year pay freezes and thousands of jobs are at risk of being cut.

Network Rail denied the claim and said it has plans to modernise Britain’s railways which would avoid job losses.

Negotiations are set to continue and union bosses claimed they have a mandate to announce further action if an agreement cannot be reached.

Hard to Get to, Harder to Leave: Why Revelstoke, B.C. Is Skiing’s Hottest Destination Right Now