Home » Travel » How to get more out of your travels abroad

Traveling abroad doesn’t have to mean signing up for guided tours and never stepping foot outside of the hotel without an exhaustive plan. Research shows embracing foreign cultures while visiting other countries can make travelers more creative, prevent social isolation during the trip, and give travelers positive experiences that will grow their adaptive skills.

According to the National Travel and Tourism office, a record number of 80.2 million Americans traveled abroad in 2016. However, self-proclaimed travel psychologist Michael Brein said tourists fail to experience other countries authentically by limiting themselves to organized activities and keeping their distance. The best way to travel is to become immersed in the culture of a country that is not shaped by tourism, he said.

Brein, who earned a PhD in social psychology from the University of Hawaii and has interviewed about 1,750 travelers in 40 years, said becoming a well-versed traveler is a skill that comes with experience.

“What it really means is becoming more connected with and relating in more depth with these cultures,” he said. “It takes effort, it takes time, but it’s extremely rewarding.”

Here are five ways to make the most of your time abroad.

Sometimes there is no source more credible than a friend who has already been to where you’re heading. Ask about the best ways to explore safely (whether it is on foot or in a cab), if there are scams to avoid, the most effective ways to avoid them, and what sights to prioritize. If you’re staying at a hotel or a hostel, the staff will most likely be able to inform you about popular local happenings, activities and locations that aren’t typical tourist suggestions. People you can communicate with directly will have the information that isn’t available in your online research.

Challenges go hand in hand with navigating an unfamiliar place. Print out a map to have on hand in case your phone dies or loses reception. Expect that things will not go perfectly as planned, and that you may not fully understand the place you’re about to explore, or the people who live there. By focusing on the experience of a new culture and relying more on your decision-making skills than a strict, predetermined plan, you will adapt more easily. According to Science Daily, this adaptation process acts as a creativity catalyst, causing you to think differently than you did before. A day that did not go according to plan is not a day ruined, but instead a day that will expand your outlook.

Travel can be lonely. Especially for an extended stay, finding ways to communicate with native people in another country fosters a better sense of belonging and connection, Brein said. If you don’t speak the language, take note of words used commonly in daily interactions and incorporate them into your vocabulary. iTranslate, Google Translate, and TripLingo are reliable apps for written and audio translations, each available for free on Apple Store and Google Play. “You feel good about the outcome of your attempt to communicate, and sooner or later you’re much more comfortable.” Brein said. Nonverbal cues, such as a shared smile or laugh, also go a long way.

Look for attractions that suit your interests

In this age of social media, it is common to choose an attraction based on popularity or how many likes it has on Instagram. Let what genuinely interests you guide your choices, so that your trip can be tailored to you, rather than the average tourist. Many companies offer customized private tours, depending on what you would like to see and learn about. One example is ToursByLocals, which pairs travelers with more than 2,000 local guides in approximately 150 countries so they can explore destinations through a local’s perspective.

Straying away from tourism will make your trip much less predictable. If you’re willing to embrace that uncertainty, you will be surprised by the amount of accomplishment you will feel, Brein said. You will also walk away with more confidence in being able to socialize in foreign environments. He said, “The best thing that makes you feel good about traveling in my opinion is relating with the people who live in these places.” 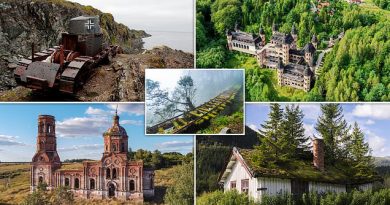 Amtrak is eyeing a new route in the Southern US