Being a leader in world exploration comes with great responsibility.

Hurtigruten, a company that was founded more than 125 years ago and now takes guests to more than 200 destinations in 30 countries, keenly recognizes the responsibility it bears for its impact on the planet.

With that in mind, Hurtigruten has launched a variety of initiatives, both large and small, in recent years as part of a company-wide effort to lead the charge as a “global green changemaker.”

Last year, for instance, as part of its 125th-anniversary celebrations, Hurtigruten hosted a plastic-free birthday party across all ports, destinations, offices and ships on July 2.

The plastic-free parties were part of a broader, even more significant effort on Hurtigruten’s part. The company last year announced an outright ban on all unnecessary single-use plastics across its global fleet of expedition ships—from the Arctic to Antarctica. This initiative included everything from straws to drinking cups to plastic bags, all of which were replaced by paper, biodegradable materials and other sustainable alternatives.

“Plastic pollution is the single biggest threat to our oceans. What better way to tie together our past and future than celebrating our anniversary by removing all unnecessary single-use plastics,” Hurtigruten CEO, Daniel Skjeldam said in a statement issued last summer.

Hurtigruten is also pushing boundaries by introducing the world’s first hybrid electric-powered cruise ship in 2019. The MS Roald Amundsen will be custom built for sustainable operations in some of the world’s most pristine waters such as Antarctica.

And in what the company is calling another “green milestone” for 2019, Hurtigruten will start a large-scale green upgrade project, replacing traditional diesel propulsion with battery packs and gas engines on several Hurtigruten ships.

In addition to liquified natural gas (LNG), these vessels will also be the first cruise ships in the world to run on liquefied biogas (LBG). By 2021, Hurtigruten plans to operate at least six of its ships using biogas and batteries, combined with LNG.

This program will set a new standard for the future of adventure travel. Liquefied biogas is a fossil-free, renewable gas produced from dead fish and other organic waste. Yes, you read that right—dead fish.

“What others see as a problem, we see as a resource and a solution. By introducing biogas as fuel for cruise ships, Hurtigruten will be the first cruise company to power ships with fossil-free fuel,” Skjeldam said in a statement.

Renewable biogas is a clean source of energy, considered the eco-friendliest fuel currently available. Biogas is already used as fuel in small parts of the transport sector, especially in buses. Both Northern Europe and Norway, the latter of which has large fishery and forestry sectors that produce a steady volume of organic waste, have a unique opportunity to become a world leader in biogas production.

“While competitors are running on cheap and polluting heavy fuel oil, our ships will literally be powered by nature. Biogas is the greenest fuel in shipping and will be a huge advantage for the environment. We would love other cruise companies to follow,” Skjeldam said.

The company’s efforts don’t end with using fish for fuel either. Hurtigruten is also advocating a ban on heavy fuel oil and stricter regulations in pristine destinations, partaking in several research projects and funding local and global projects through the Hurtigruten Foundation.

Hurtigruten has become a symbol of how to put responsibility into action and in doing so, the company hopes to inspire the remainder of the industry to follow suit.

“We are committed to being the global leader in green adventure travel. Whether we are developing the Hurtigruten product, designing new ships or discussing new itineraries and destinations, sustainability is the core of every detail of the Hurtigruten operation,” said Skjeldam. 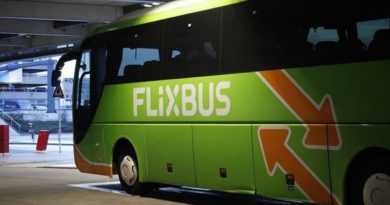