Home » Travel » ‘I explored Ireland’s wild side to find bears, wolves, lynx and even dolphins’ 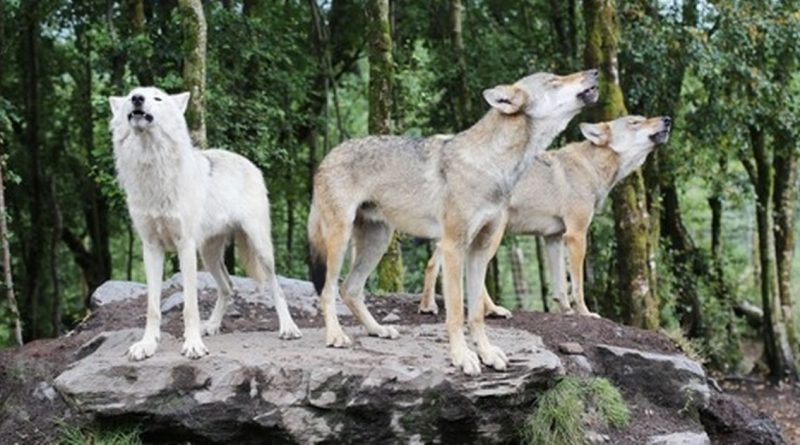 Mesmerised, I watched brown bears, wolves, lynx and wild boar roaming around in their element in an ancient Celtic rainforest.

I was in Wild Ireland, a unique animal sanctuary on the Inishowen peninsula in County Donegal.

It’s hard to believe Ireland was once home to these beasts.

READ MORE: 'I was in Mexico when UK borders closed – so I travelled the world while working'

The lynx was the original Celtic tiger and back in the 17th century Ireland was nicknamed “Wolf Land”.

They are back together in the Irish forest thanks to the owner of the 23-acre wildlife park, Killian McLaughlin, and his passion to provide a refuge for animals rescued from circuses, laboratories and the illegal pet trade ( wildireland.org ).

Having worked up an appetite after a fascinating tour of the grounds, we drove 10 miles to Tank & Skinny’s Seaside in the town of Buncrana.

Set on the pier we enjoyed stunning views over Lough Swilly with our meal (tankandskinnys.ie).

Just a few minutes drive a way we checked into Inishowen Gateway Hotel, our Donegal base, and in a pretty setting on the edge of the peninsula.

Next morning we made an early start, travelling north along the coast to Fort Dunree, an ancient defence site, with the aim of trying my hand at sea kayaking.

Exploring caves and beaches only accessible by kayak, along the vast Atlantic coastline, was truly exhilarating and provided plenty of pinch-me moments (www.inishadventures.com).

Against the backdrop of the hills of the Inishowen peninsula, the picturesque village of Ballyliffin with its panoramic views of the Atlantic Ocean and Glashedy Island was our next port of call.

And it would be sacrilege not to pop into Nancy’s Barn for their world-famous and award-winning seafood chowder – just the ticket after our thrilling kayaking adventure, with of course a pint of the most delicious Guinness (nancysbarn.ie).

I was looking forward with great anticipation to the next activity on the agenda – a tour of Malin Head.

The rugged steep cliffs and dramatic landscape of the most northerly point of the island and the Wild Atlantic Way trail, earned it a role in the 2017 film Star Wars – The Last Jedi.

But before we set out on our trek, we had to establish the trust of our walking companions – a herd of alpaca.

It didn’t take long before these curious, friendly and inquisitive animals allowed us to stroke their backs and necks, and even hugs were tolerated, providing countless selfies (wildalpacaway.com).

Just when we thought the day couldn’t get any better, we boarded luxury yacht Amazing Grace at Bunagee for a scenic tour
of the Inishowen peninsula (amazing-grace.ie).

There was much excitement when we were greeted by a pod of dolphins who happily played alongside the yacht, keeping us company for part of the trip.

A rainbow appearing over the dolphins was the perfect ending to our time in Donegal, as we headed off the next day to Derry-Londonderry.

Our first introduction to the city was via a private walking tour where we discovered it is the only remaining completely intact walled city in Ireland.

Built between 1613 and 1618 by The Honourable The Irish Society, the walls were constructed as defences for the 17th-century settlers from England and Scotland.

It’s also the home of Derry Girls and fans of the popular sitcom should visit Limewood Street, the location for the memorable scenes of celebration as the Good Friday Agreement is signed – if you can recall the scene where the girls chase after Toto the dog head over to Orchard Row.

Another must-see is the splendid Derry Girls mural on the side of Badgers Bar and Restaurant in Orchard Street ( visitderry.com/Derry-Girls ).

And if you fancy exploring the city on a scooter, Far and Wild offers scooter tours along the River Foyle and the Walled City, stopping and fuelling along the way with various tasty treats and plenty of craic ( farandwild.org/scoot-tour ).

Legs aching we were delighted to call City Hotel Derry our luxurious base for the next two nights, set on the banks of the River Foyle and close to the historic walls.

It was just a 10-minute walk over Peace Bridge to our dinner venue. The Walled City Brewery offers not only fine grub but also over 200 varieties of beers.

Each is named after a different aspect of the city such as Boom, their famous pale ale, named after the blockade across the River Foyle during the Siege of Derry.

Highly recommended is Foyster, the city’s first ever Oyster Stout made with the River Foyle’s Native Flat Bed Oyster ( walledcitybrewery.com ).

But our visit to Derry-Londonderry would not be complete without paying our respects at the Museum of Free Derry where we learned of the moving stories of government oppression, struggle for civil rights, conflict and Bloody Sunday ( museumoffreederry.org).

The northwest of Ireland may seem complex but you can be sure of a warm welcome.

This may have been my first visit but it certainly won’t be my last.

Loganair flies from Stansted to City of Derry Airport from £99.98 return. loganair.co.uk

Rooms at the Inishowen Gateway Hotel in Buncrana, Co Donegal start at £68 a night. inishowengateway.com

Rooms at City Hotel Derry start at £113 per night. www.cityhotelderry.com

Vacation photo cliches: 10 shots sure to annoy any viewer