Destinations editor Eric Moya was in Barcelona this weekend at the invitation of the Iberostar Paseo de Gracia.

It’s hardly uncommon to hear English spoken in Barcelona. In fact, I’d wager it’s neck and neck with Catalan — not Spanish — as the language I’ve overheard most often during my two visits to the city. But one English speaker in particular caught my ear as my group navigated a crosswalk on the way back to our host hotel, the Iberostar Paseo de Gracia.

“So many people,” came the exasperated observation from behind me. I turned: The ruddy, bearded, American-accented speaker wore tan, knee-length shorts, a baby-blue polo and aviators. “I thought tourist season was over,” he concluded, petulantly.

It was the weekend of Barcelona’s La Merce celebration, which draws millions of revelers every year. Besides that, apparently cruise ships were making calls every day during my group’s five-day press trip. Pretty much the definition of tourist season. But it did make me wonder: What does low season look like in Barcelona these days?

Surely, my visit in May 2017 wasn’t low season? I remember walking by the Sagrada Familia, famously under construction since 1882, and feeling overwhelmed by the throngs lined up to get inside — and possibly even more overwhelmed by the crowds around the perimeter who were content to take selfies with the church as their backdrop. (Progress report: It looks about the same as last year.)

Just as during my last visit, there were crowds this time awaiting entry into Cerveseria Catalana for jamon iberico, calamari and other tapas classics. Last year, I was dining solo and perfectly content to find an alternative eatery; this time, the folks at Iberostar pulled a few strings to shorten our group’s wait time. (Verdict: excellent, although almost all of my meals in Barcelona were.)

As I’m writing this, I’m Googling “Barcelona tourism.” One needn’t look beyond the first page of results to get the gist: “How tourism is killing Barcelona,” says one headline. “What not to do in Barcelona as a tourist,” offers another. We’ve covered the topic ourselves, in a cover story last year by Elizabeth Becker.

Search for the less neutral “Barcelona overcrowding” and you’ll get probably thousands of hits not unlike CNN Travel’s “12 places you shouldn’t travel to in 2018,” which states: “If you must go then … remember there’s more to Barcelona than walking along Las Ramblas.” It doesn’t offer any examples, though it does say that alternatively, “Why not head to Valencia for a less hectic break, with food and culture to rival the best of Barcelona.”

Certainly I’m an advocate of exploring as many places as one can in a lifetime, and I have no doubt that Valencia abounds in charms of its own. (One of my press trip colleagues hopes to move there.) But that’s the thing: I’ve never bought into the idea that one destination could serve as an alternative to another. Valencia is Valencia, not Barcelona Plan B.

Barcelona’s struggle with overtourism doesn’t seem likely to cool down anytime soon, and neither does the world’s fascination with the city, no matter how many “alternatives” they might be presented.

I imagine Barcelona’s low season will continue to be the envy of other destinations’ peak seasons. Perhaps that polo-shirted pedestrian will take CNN’s advice and find joy in less-touristed cities in Spain. Meanwhile, those with their hearts set on Barcelona should be aware that they’ll likely encounter crowds at the city’s main attractions and its top restaurants, and perhaps even at its less popular sights and eateries.

And as so many others have, they should also be prepared to have their hearts captured by the city. This was my second visit, and I’d eagerly return for a third.

Aruba opening to tourists from the US, Canada and Europe in July 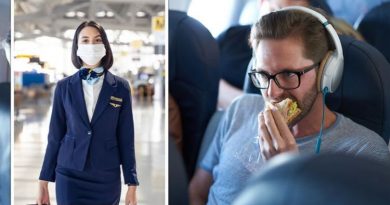