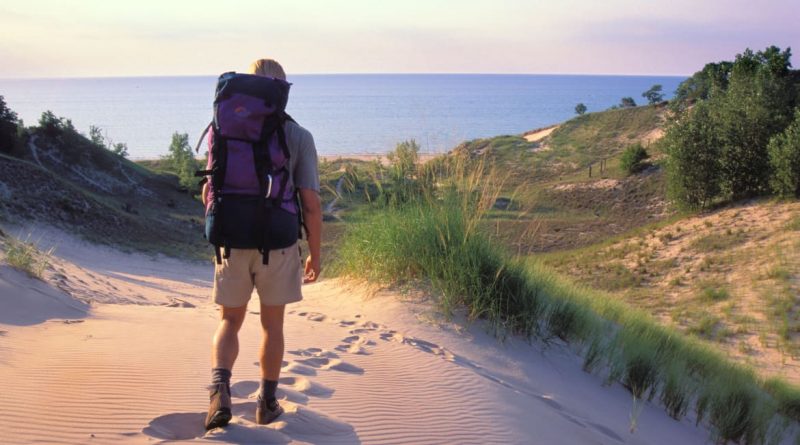 This is the latest in our twice-a-month series on underrated destinations, It’s Still a Big World.

Every step forward I slid a half-step back. How else could you scale sand dunes with angles over 40 degrees that rise up 184 feet?

The payoff? At its rounded peak, hikers emerge from a wooded dune path out into a sweeping view of swaying grasses and bright turquoise waters, with the soundtrack of waves crashing in the near distance.

Where is this exotic land of high dunes and perfect blue water? Indiana. That’s where.

The Indiana Dunes is composed of two parks: Indiana Dunes National Park and Indiana Dunes State Park. The parks share the same visitor center and working together they provide a four-season adventure that demands more than a passing stop. Add in the town of Chesterton close to its entrance, and you’ve got a fantastic Midwestern getaway.

I live in Ohio and only three hours from the Indiana Dunes, and despite my constant trekking out to national parks, lakeshores, and recreational areas across the country, I’d never actually been. Even when I lived in Chicago, I’d drive back to visit family in Ohio, passing within a few miles of the dunes, but never stopping. There’s something about Indiana that I have to keep relearning—it’s a state with plenty of surprises waiting to be discovered.

So being newly vaccinated—and none of that first-shot-only stuff either—I headed out to see what the big deal is about these sand dunes.

Indiana Dunes tourism stretches across several towns, including Indiana’s Michigan City, Chesterton, and Gary—yes, even Gary is home to part of the park.

If you’re driving in from the East, though, do yourself a favor and start your visit with a stop at Beer Church Brewing Co. in New Buffalo, Michigan, which is immediately on the outskirts of those towns connected to the dunes tourism region. The former church, and now brewery, has a great selection of beers and Neapolitan pizza within an irreverent atmosphere and is only 20 minutes away from the Dunes’ visitor center.

The Three Dunes Challenge consists of—wait for it—three dunes: Mount Jackson (176 feet), Mount Holden (184 feet), and Mount Tom (192 feet). The total challenge is only 1.5 miles, but that’s with a climb the equivalent of 55 stories. Sandy trails run through forests growing over sections of the dunes and when you reach the peak of each dune it opens up for a wide visual landscape that includes green forest trees and Lake Michigan.

At Mount Holden, my favorite of the three, there is a sandy trail leading down to the lake. From there, I could see Chicago appearing as a light blue silhouette hovering quietly on the water.

At the end of day one, I made my way to Chesterton, Indiana—my home base for the trip—to have dinner at Ivy’s Bohemia House. Chesterton is a small town of just over 14,000 that sits not far from the Dunes visitor center. Its town square is picturesque with a gazebo backdropped by blooming crabapple and dogwood trees, and red-bricked buildings that take less than ten minutes to pass on foot. That town, however, makes good use of its space, with shops, a winery, and restaurants.

Ivy’s Bohemia House has an eclectic menu that matches the decor, but at its core reflects the backgrounds of owners Amy Mackiewicz and Wayne Sydni, focusing on Polish dishes from family recipes that come from Mackiewicz’s Eastern European heritage, and Cajun and vegetarian dishes that are Sydni’s specialty. They offer fresh homemade desserts and great cocktails with the Absinthe Lounge on the second floor. (The Corpse Reviver is a wonderfully refreshing absinthe cocktail to have after a long day of hiking.)

Day two was dedicated to the Indian Dunes National Park.

The Indiana Dunes National Park was originally a national lakeshore before finally becoming an official national park in 2019. It is also Indiana’s only national park, though there is also a national historic park, national memorial, and a national forest. Indiana Dunes’ 15,000 acres are packed with dunes, savannas, wetlands, prairies, and forests that connect to the Lake Michigan freshwater ecosystem that began forming with a glacial retreat around 14,000 years ago. The park is the fourth most bio-diverse national park in the U.S., which includes “over 1,100 flowering plant species,” and more than 350 bird species.

The plan was to hike the Heron Rookery Trail, which is a hike that runs along the East Arm Little Calumet River and is known for its fields of wildflowers. The timing for hiking that trail, according to a park service guide, was off-peak blooming period and, despite the name, there are no longer any herons at the Heron Rookery Trail.

So Plan B: hike the moderately rugged, and roughly five-miles, Cowles Bog Trail.

At 4,000 years old, Cowles Bog—named after famed botanist Henry Cowles—is a lush biodiverse wetland. It is also technically a fen rather than a bog. The former is fed by a groundwater source while the latter is supplied by rain. A name change may require an official act of Congress, I was told. (In any case, hiking a bog still sounds more exciting than hiking a fen).

The hike is best started from the north parking lot on Mineral Springs Road, and the trail follows the wetlands with dirt and boardwalk trails, and then turns off to the forest, before beginning a steep climb to another dune peak. This climb is worth every step, as it rises up to a wide view of Lake Michigan and proceeds down to the beach.

After hanging out on the beach, I trekked back up the even steeper dunes trailhead for the loop return back. (My hiking companion insists it is not for the faint of heart).

That night, I made my way to Lucrezia Café, an award-winning, charming Italian restaurant featured on the PBS series Check, Please, serving pasta and seafood, and home to a beautiful garden patio that’s ready for a bottle of wine.

The next morning in Chesterton, I grabbed breakfast from Red Cup Cafe and Deli, which crafts fantastic breakfast sandwiches, and grabbed doughnuts from the popular Oh Gee Doughnuts, which is just around the corner. I took my meal to the Gary Side of the Indiana Dunes to eat at the Portage Lakefront and Riverwalk (free entrance) in the national park. Beach access was closed due to storm damage, but there is seating and a small trail that leads out from the lake.

This is not the largest side of the park, and after memorial day, the West Beach entrance to the national park does charge a fee of $6 per vehicle. West Beach has trails, like the popular Dunes Succession Trail, which is just under a mile and consists of 250 stairs for a photo ready view of Lake Michigan.

Before heading out to return home, I checked out the half-mile, paved Calumet Dunes Trail, which boasts of being the former shoreline for Lake Michigan some 12,000 years ago, hung out at Lake View Beach in Beverly Shores, a small town surrounded by the park, and then made one last trip for lunch in Chesterton at a town favorite burger stop, Octave Grill—once named the best burger joint in Indiana.

If you’re trying to decide between a beach vacation, hiking vacation, or a drinking vacation, Indiana Dunes National Park and Chesterton can take care of all of that for you. There is no shortage of trails and experiences to be had and the Dunes provides a chance to see complex Midwest biodiversity and conservation first-hand. It is also a reminder that whatever you think Indiana has to offer, there is likely a lot more waiting to surprise you.

Brandon Withrow is a travel writer. His byline also appears in Sierra Magazine and Business Insider. His travel-based Substack newsletter is The Wanderscape. 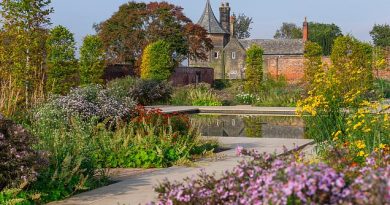 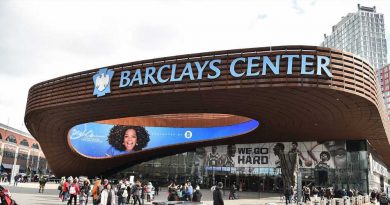 Is it safe to travel to Turkey? Government’s new advice following strike on Iran