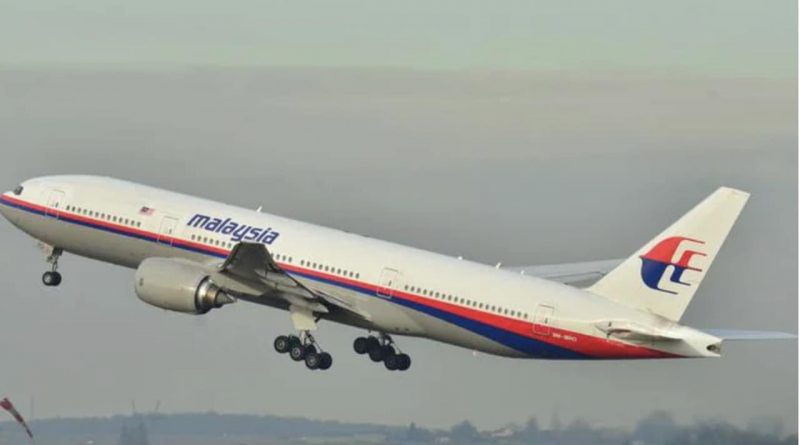 A French reporter who has spent years investigating the peculiar case of the MH370 flight claims the Malaysia Airlines plane was brought down by the US government, alleging the entire mystery surrounding the missing aircraft had been manufactured to hide the truth.

The 400-page book, The Disappearing Act: The Impossible Case of MH370, written by Florence de Changy, makes a number of incredible claims against the US, insisting its military used advanced jamming technology to make the 777 aircraft invisible to nearby radars before shooting it down.

Mrs de Changy, who works as a correspondent for French newspaper Le Monde, claims the US had tried to re-route the flight in order to seize “highly sensitive” technology before it landed in Beijing.

According to the long-time investigative reporter, it was “simply not possible for a Boeing 777 to have disappeared” and that many of the theories currently held by the public are misguided.

She claims disinformation was intentionally distributed by governments tied to the flight’s disappearance – including Australia, France and the UK among others – in a bid to help the US hide their supposed attack.

The search for the MH370 has become the most expensive in aviation history. It is also currently the most deadly incident involving a 777, with the entire 239 passengers and crew assumed dead.

It is still unclear what brought about the plane’s mysterious demise, with many theories including a potential hijacking, a rogue pilot and a hypoxia event resulting in an unplanned decompression of the cabin circulating in the media over the past seven years.

The MH370 disappeared shortly after taking off from Kuala Lumpur, bound for Beijing. Six Australians were on board.Source:Supplied

But according to de Changy’s bizarre theory, the unsavoury truth has been staring the world in the face with the US and Chinese governments openly locking horns in geopolitical disputes for years. She claims the initial, scrambled search effort was a pointless exercise and goes on to suggest it was undertaken to help cover up the real story.

“In the case of MH370, many different means were deployed at the same time,” she said. “The advance of truth has been crippled from day one.”

De Changy also scolded Australia’s $200 million search program, which failed to find conclusive evidence after years of scouring the ocean off the nation’s west coast. The fact the Australian search was conducted thousands of kilometres from the flight’s last reported location was also grounds for suspicion, the author said.

“When it came to the art of bungling a search operation and providing deliberate or accidental misinformation, Australia ran Malaysia pretty close,” she said.

It is now believed the wreckage could be at the bottom of the Indian Ocean, about 1900km west of Cape Leeuwin in Western Australia. Peter Foley, who headed the Australian Government’s years-long search for the aircraft, said a new expedition should search the sea floor 70 nautical miles either side of the target area, which is notorious for its deep ocean floor canyons and underwater mountains.

“Large tracts haven’t been searched fully,” he told the Times in March.

Experts say there’s still a chance more remains of the doomed flight can be found.Source:Supplied

While no trace of the aircraft itself has been found, 33 pieces of debris – either confirmed or highly likely to be from MH370 – have been discovered in Mauritius, Madagascar, Tanzania and South Africa.

The new analysis that has sparked calls for a fresh investigation relates to the latest piece of wreckage, part of a wing spoiler that washed up in South Africa last August.

The Malaysian government, however, concluded that the plane was under manual control, and that it was deliberately flown out into the Indian Ocean in what many believe was a meticulously planned mass murder by pilot Zaharie Ahmad Shah.

MH370 took off from Kuala Lumpur shortly after midnight on March 8, 2014, bound for Beijing carrying 12 crew and 227 passengers.

The plane soon made an unexplained U-turn, turning westwards from its planned flight path and heading back across the Malay Peninsula and the Malacca Strait.

Its last recorded transmission came 38 minutes after takeoff while over the South China Sea.

The new book takes shots at world governments in their supposed plot to shield information about the MH370 from the public.Source:Supplied

The English Riviera? It’s all the rage again