Home » Travel » Is it safe to fly through Gulf airspace right now? 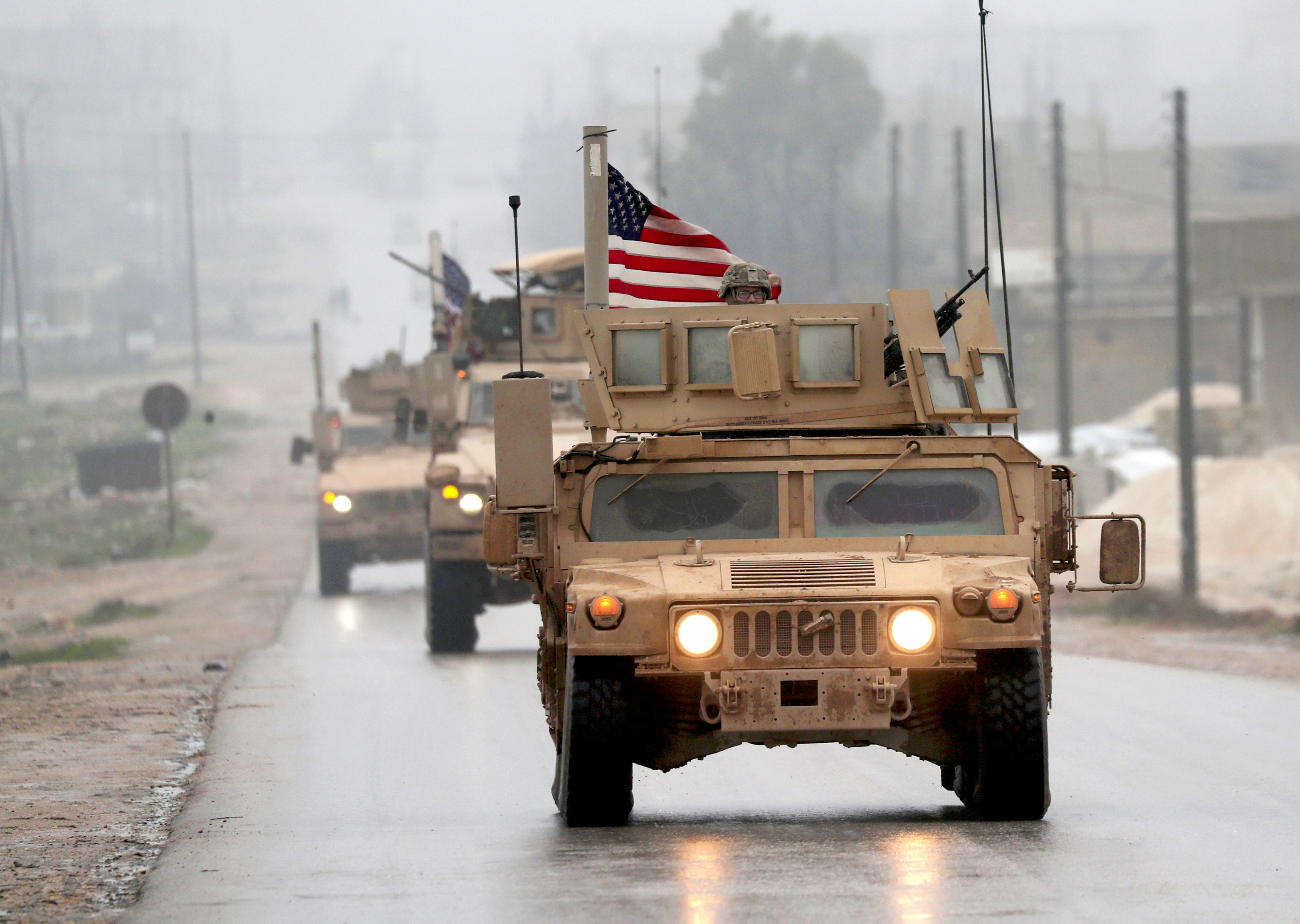 British Airways has diverted a series of flights that were due to pass over Iraqi airspace, including links from Heathrow to Dubai and Mumbai to Heathrow.

Air France and its partner KLM are the latest to say they will avoid Iranian and Iraqi airspace while tension in the region continues.

But many airlines are continuing to fly the usual corridors over Iraq and Iran.

Both of British Airways’ Tuesday night flights from Heathrow to Dubai diverted to Istanbul.

Flight BA105 was in the far south east of Turkey, about to fly into Iraqi airspace, when it turned around and flew for about 750 miles back to Istanbul, where it landed at 3.33am local time.

The following plane, BA109, had departed 45 minutes later on the same route. It turned around over central Turkey and landed at 4am.

In the opposite direction, British Airways flight 134 from Mumbai to Heathrow suddenly changed course in mid flight to avoid Iraq. The longer journey across Saudi Arabia apparently required it to land at Athens to refuel.

A British Airways spokesperson said: “We are in constant contact with our partners around the world to assess the security of our routes, and will always take action where appropriate.

“We would never operate a flight unless it was safe to do so.”

But other British Airways flights have been using Iraqi airspace, for example the inbound Wednesday arrivals from Abu Dhabi and Dubai.

Many other airlines, including Emirates, Etihad and Qatar Airways are still using the corridor through northeast Iraq to and from a range of UK airports. Air France flew its Mumbai-Paris flight on Wednesday morning for at least two hours over Iran. And Qantas has been crossing both Iraqi or Iranian airspace on its nonstop flights between Heathrow and Perth.

What are the rules on flying over the region?

Overnight the US Federal Aviation Administration (FAA) issued an emergency order “outlining flight restrictions that prohibit US civil aviation operators from operating in the airspace over Iraq, Iran, and the waters of the Persian Gulf and the Gulf of Oman”. The reason given: “Heightened military activities and increased political tensions.”

While there is no indication that American civil aircraft could be targets, the warning says the situation presents “an inadvertent risk … due to the potential for miscalculation and mis-identification”.

It is believed that the biggest aviation disaster in recent history – the crash of Malaysia Airlines flight MH17 in July 2014 – was a case of mis-identification.

The Boeing 777 with 298 people onboard was shot down by a missile fired from rebel-held eastern Ukraine while flying from Amsterdam to Kuala Lumpur.

There are relatively few US aircraft that would normally fly over the region.

On Monday the German aviation authority has posted a “Notice to Airmen” (Notam, an official instruction to pilots) warning of a “potential risk to aviation” below 26,000 feet on the main air routes between Europe and the Gulf over Iraq.

The most recent Notam from the UK Civil Aviation Authority (CAA) dates from December 2017. It warns of a “potential risk from dedicated anti-aviation weaponry in Iraq” and advises airlines to avoid all Iraqi airspace apart from airways UM860 and UM688, the main corridors across northeast Iraq, when flying at above 25,000 feet.

The CAA said: “Operators are advised to take this information into account in their own risk assessments and routing decisions.”

The latest Conflict Zone Information Bulletin issued by the European Union Aviation Safety Agency (EASA) in October 2019 notes that France has issued a similar warning, but urges airlines to fly at or above 32,000 feet.

How are the airlines responding?

Air France now says: “As a precautionary measure and as soon as ongoing air strikes were announced, Air France has decided to suspend all flights over Iranian and Iraqi airspace until further notice.”

Flights between Paris and Asia are continuing, but they are flying around the region.

Its partner, KLM, said it would do the same: “Flights to a number of Southeast Asian destinations and destinations in the Middle East will be operated by using alternative routes.

Tui Airways delayed a flight from Gatwick to Goa on Saturday by 36 hours, telling passengers: “Due to recent political issues in the Middle East, this has resulted in airspace restrictions along the route of your flight.”

When the Boeing 787 eventually flew out, it kept south of the Gulf and used Saudi airspace.

Virgin Atlantic said: “We are closely monitoring developments in Iran and Iraq air space, which has resulted in a change to our flight routing.

“As a result flight times to and from Mumbai may be slightly longer than expected.”

But hundreds of flights are still using Iranian and Iraqi airspace. Emirates flight EK1 from Dubai to Heathrow, which took off shortly after the British Airways flight diverted, followed a standard track over Iraq – as did EK17 from Dubai to Manchester.

In normal times the airways over Iran and Iraq are extremely busy. There are other geopolitical problems to avoid in the region – stretching from the ban on flights over eastern Ukraine and Russian-occupied Crimea to the long-standing no-fly zone over Syria. There are also issues with overflying Israel. So the Emirates flight from Dubai to Beirut routes west over Saudi Arabia and Egypt, into the Mediterranean and finally turns east to land at the Lebanese capital.

An Emirates spokesperson said: “Emirates flights are continuing as scheduled and we are monitoring the situation.”

Etihad is the other major UAE airline, and is based in Abu Dhabi. A spokesperson said: ”

Qatar Airways has its own problems, because it is banned from overflying Bahrain, Egypt, Saudi Arabia and the UAE because of a geopolitical row about Qatar’s alleged support for terrorism.

A spokesperson said: “As the safety of our passengers and employees is of the highest importance, Qatar Airways continues to closely monitor the situation in Iraq and is currently operating normal scheduled services.”

How can I find out the route my plane will be taking?

It is easy to study the route taken by earlier flights on your route: tapping the flight number into a search engine will normally generally results from tracking websites such as FlightRadar24. For QR29, for example, the daily Qatar Airways flight from Doha to Edinburgh, you can see that the standard routing is north across the Gulf to the shore of Iran and then a slight left turn to go north-north-west over Iran to just north of the point where Turkey, Iran and Iraq meet.

But past performance is not an indication It is nigh-impossible for the typical passenger to find out ahead of departure the intended route. Once on board, the pilot may brief passengers about his or her planned route, but this itself may vary for all kinds of reasons, from weather to a shortage of air-traffic controllers.

I am booked on a two-hop trip via the Gulf. Can I switch to a direct flight because of the circumstances?

In the unlikely event that your airline to cancel either leg, with no immediate alternative, then you might be rebooked on a direct flight.

But there is no automatic right to change without penalty.

I have yet to book to travel from the UK to India. How can I be sure of avoiding the danger zone? On a journey such as London to Mumbai you could travel via Moscow on Aeroflot; the most direct route from the Russian capital to the Indian city avoids Iran. Or you could fly on Ethiopian Airlines via Addis Ababa, which routes south of the Arabian Peninsula. But these would be slower and more expensive than nonstop flights or connections via the Gulf.

RELATED VIDEO: Ukrainian plane crashes in Iran, killing all 176 on board (Provided by: Newsy)

Campsites reopen: Staycations anticipate ‘boom’ but ‘restrictions must be eased’

TravelPulse Podcast: How the Travel Industry Can Be More Inclusive

American Airlines says people signed their pets up for frequent-flyer programs to try and scam big mileage bonuses from credit card offers
We and our partners use cookies on this site to improve our service, perform analytics, personalize advertising, measure advertising performance, and remember website preferences.Ok