Home » Travel » Is this the most charmingly tranquil ski resort in the Alps?

Rustic barns, hearty mountain chalets and streets that are tucked up by 8pm: Is this the most charmingly tranquil ski resort in the Alps?

Forget Pilates. A week skiing in Grimentz will acquaint you with your inner thighs like nothing else.

The pretty Swiss resort relies on a series of buttock-clenching button lifts to carry you up the mountain, and these demand concentration. I made an unscheduled stop from one on my first morning.

But I soon got back on track, focusing around the corners, relaxing a notch up the inclines, standing to attention on the flat, anticipating the final fling before being deposited at the top. 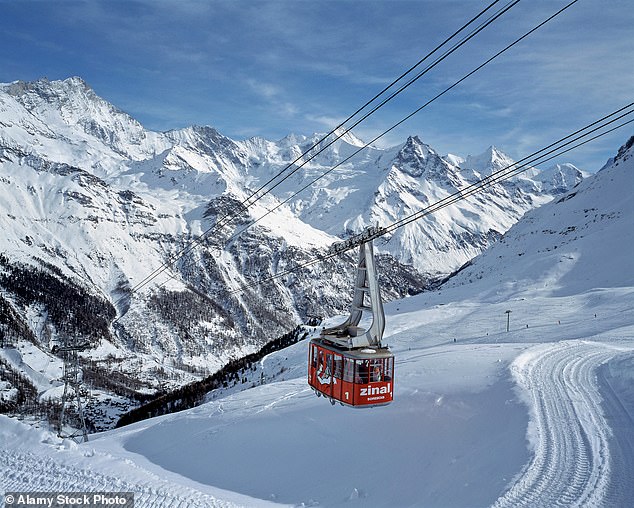 Grimentz, about 100 miles east of Geneva, is charming without being twee. It’s a working village of about 400 residents with cow-themed celebrations, rustic barns and hearty mountain chalets made from larch blackened by age.

The village in the canton of Valais has its fair share of expats.

I met two who came for the year, but settled in for life. Locals rub along happily with newcomers, which is just as well, because Grimentz will be welcoming plenty more visitors thanks to a new development of chalets — Les Chalets d’Adelaide — which will include a boutique hotel.

I stayed in one of the two-bedroom apartments with my sister, brother-in-law and boyfriend, all fearless skiers. 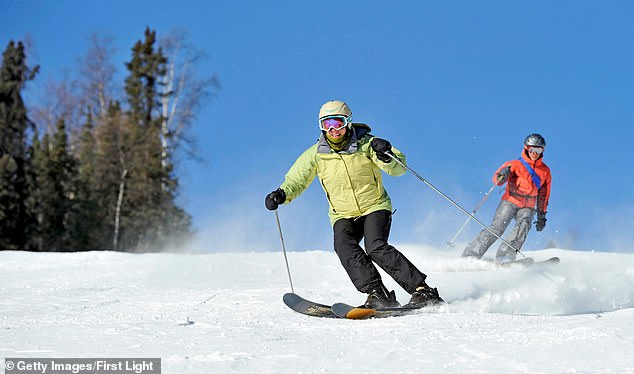 Grimentz, about 100 miles east of Geneva, is charming without being twee, says Jenny

It had plenty of Alpine cosiness — cow hide rug, wood-burner, traditional wood panelling, toasty heated floors and a kitchen far better than my own. It’s a dream to cook in with super sharp knives (by Analon), a bottle opener posing as a sculpture and an induction hob that, of course, we couldn’t work out how to turn on.

If you’re feeling flush, you can buy into the scheme (prices from just over £664,000 for a two-bedroom apartment) and enjoy the Grimentz lifestyle year-round. Alternatively rent one belonging to someone else, as we did, and dream of life on a bigger budget.

From the village, you have access to two ski areas, Grimentz and Zinal. We were there in snowy conditions but, when the sky cleared, it was magnificent from the top with views across the Val D’Anniviers.

On one particularly sparkling day, we got up on the first lift, and basked in the sunshine, drinking coffee and toasting the scene.

I’d have been happy to sit and enjoy the view, but my companions were raring to go. When the light was flat, we headed to the forested runs lower down. The trees were so laden, they looked as if they were wearing thick fur coats. Magical. 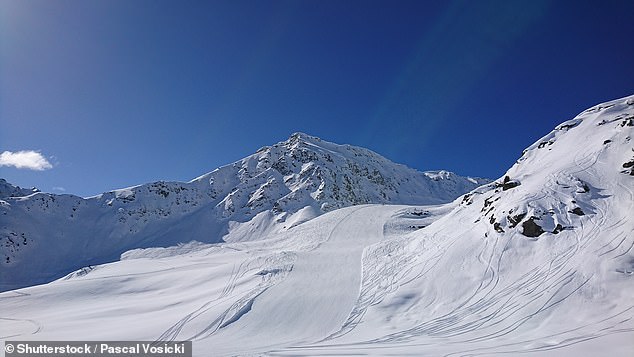 Feeling peaky: Grimentz, says Jenny, ‘relies on a series of buttock-clenching button lifts to carry you up the mountain’

And also quiet. Partly due to the muffling effect of the snow and my ski helmet, but partly because the runs were uncrowded. We rarely queued and you could ski at your own pace without being startled by someone bombing down behind you.

One of our favourite runs was the un-groomed route to St Jean, a village further down the valley, with a restaurant serving 14 kinds of fondue.

We also snow-shoed there from Grimentz one evening, bounding down in metre-deep drifts strapped into flipper-like shoes.

Swooshing along, I felt almost weightless, even in all that winter clobber.

If you’re after nightlife, Grimentz is not necessarily the resort for you. Though, after all that cheese, you won’t be up for much at all.

The popular apres bar, Chez Florioz, closes at 8pm and the streets are tucked up.

But that’s no bad thing. After all, befuddled heads and button lifts are not a happy mix.

Hotels are trying to attract families with gourmet cooking classes, cabana classrooms, and yoga breaks as kids continue with remote schooling across the US