Tootle over to Le Touquet: It’s only a short hop to the resort adored by the A-list

Tony Blair says his Westminster stay was too short. But don’t worry, because in this instance he’s referring to the Hotel Barriere Le Westminster in Le Touquet, rather than the Houses of Parliament.

He was here in 2003, while holding discussions with Jacques Chirac, and his signed black-and-white photograph and handwritten comments are on display in ‘the West’.

You can’t blame him for wanting to stay longer. Le Touquet is the perfect place for a long weekend and it’s so easy to get to — just an hour on the Eurostar to Calais and a 45-minute drive to town. 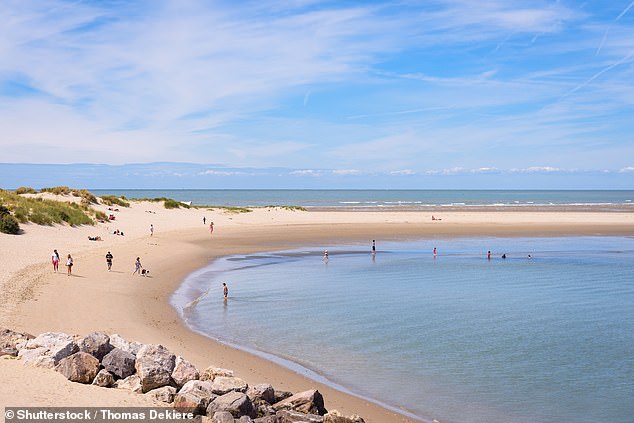 The area started life in 1837, when a French notary bought the land and planted around 2,000 acres of maritime pines, poplars and alders for hunting parties. It developed, thanks to one of his enthusiastic guests, into a beach resort for Parisians (adding Paris-Plage to its name to leave nobody in any doubt about its purpose).

Then, in the Twenties, a linoleum magnate in Leeds (I know, he doesn’t sound overly glamorous) decided it could be appealing to Britons, too, and invented what still stands today.

Those ideas are still going strong. There are three golf courses (one of which, La Mer, was secretly tested at night by Edward, Prince of Wales a few days before it opened in 1931) and one great restaurant overlooking them, plus 40 tennis courts (for a permanent population of nearly 5,500), and an equestrian centre with 300 stalls.

But don’t think that means everyone’s rushing about in tennis whites or banging unwieldy bags of golf clubs into your legs. The pace is relaxed. People sit upright on bicycles with wide, Mary Poppins-style handle bars and take a genteel and old-fashioned ownership of the roads. 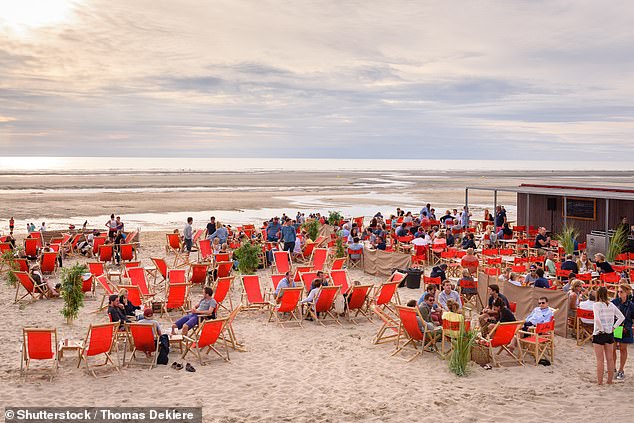 The centre, built in a loose grid along the seafront, is full of proper shops touting designer clothes and Michelin-starred chocolate shops — not corny seaside souvenirs.

The gourmet delis, restaurants, pavement cafes, nightclubs and the weekly covered market are all high-end enough to keep the most sophisticated Parisians happy.

And it’s small enough to explore on foot; I walk to see the horses (if you can, ride on the beach, cantering in the shallows), then admire the mish-mash of houses (from thatched cottages to Art Deco to modern boxes to mini chateaux), and then stroll back via the Baie de Canche Nature Park.

Its pristine, pine-needled paths are quiet and gently undulating and lead you along the peninsula to the five miles of beach. 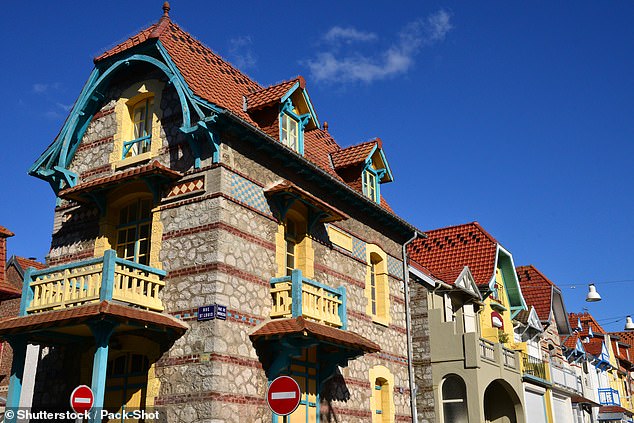 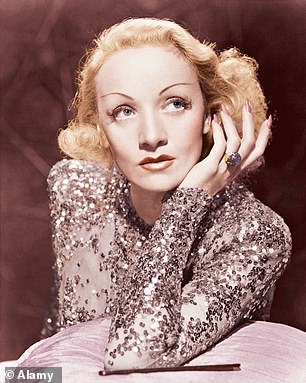 This is so vast you can’t see either end, and so spacious that there is room for everyone; the sand-yachters, kite-surfers, riders, beach cafe people-watchers, families, couples, runners, volleyballers, water-parkers and nappers. It’s the heartbeat of the resort.

Don’t bother with the mini tourist train that leaves from the beach promenade — unless your idea of an interesting commentary is a French recording translated to ‘here is a nice house’ .

Admittedly, it may be for children, but I’d hoped to chug past the houses of the rich and famous and hear salacious tales of their louche lives. No such luck.

Never mind, anyone who’s anyone is holed up at ‘the West’ anyway.

In the rogues’ gallery you’ll find such definitions of glamour and charm as Edith Piaf, Jean Batten (the New Zealand aviator who made the first-ever solo flight from England to New Zealand in 1936), W. Somerset Maugham, Gloria Swanson, Roger Moore, Charles de Gaulle and Marlene Dietrich.

Quite a guest list for quite a place — and it’s practically on our doorstep.

Nightly rates at Hotel Barriere Le Westminster (hotelbarriere.com/fr/le-touquet/ le-westminster.html) in a classic room start from £111 per night, room only.

Flying with children: Survival guide for parents and fellow passengers

What to Know If Your Passport Expires in the Next Year

25 U.S. Cities With the Friendliest Neighbors

Prince Charles: Prince’s guest house has rooms for rent – but don’t expect TV or WiFi
We and our partners use cookies on this site to improve our service, perform analytics, personalize advertising, measure advertising performance, and remember website preferences.Ok