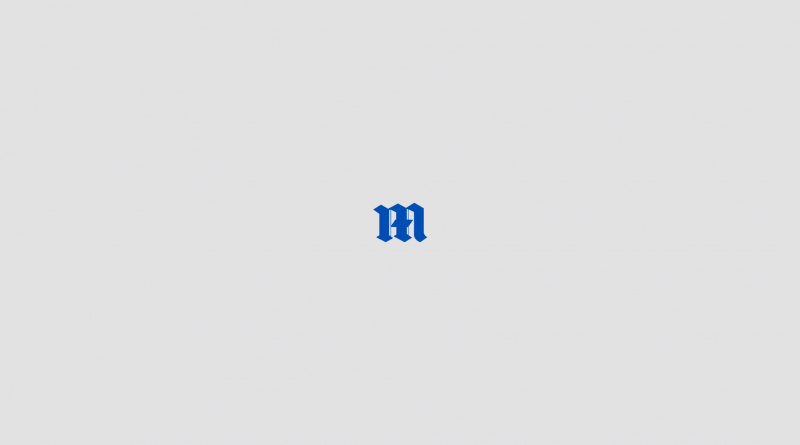 Jeff Bezos was pictured dining with girlfriend Lauren Sanchez at Nobu in Malibu on Wednesday ahead of his Blue Origin spaceflight next week.

The Blue Origin founder was spotted wearing aviator sunglasses and a polo shirt tucked into jeans while arriving at the restaurant. Sanchez, who will not be joining Bezos on the spaceflight, was seen wearing a slim white dress with jewelry.

Bezos, 57, received approval Monday from the Federal Aviation Administration (FAA) to carry humans on the New Shepard rocket into space on July 20.

The company was required to verify the rocket’s hardware and software worked safely during a test flight and the FAA confirmed it met regulatory requirements.

The spaceflight will include Bezos, his brother Mark, aviation pioneer Mary Wallace ‘Wally’ Funk and three other passengers who are now set to liftoff from West Texas and travel just beyond the edge of space.

Funk, 82, is an ‘honored guest’ as one of the last surviving members of the Mercury 13 mission. The Mercury 13, or First Lady Astronaut Trainees, were a group of 13 female pilots who qualified to go to space but were excluded due to their gender.

She will become the oldest person to launch into space and surpass former Senator John Glenn who took a space shuttle flight in 1998 at the age of 77.

While in training, Funk scored higher than Glenn – who was one of the Mercury 7 astronauts chosen to fly on Project Mercury in the 1960s – on some astronaut testing.

One of the six passengers will be a teen from the Netherlands who will become the youngest astronaut ever and first paying space tourist on a U.S. commercial space flight after his father placed the second place bid for the seat.

The younger Daemen, a physics student, will join the flight after the anonymous $28 million winning bidder deferred to a later flight due to undisclosed scheduling conflicts, Blue Origin said.

A Blue Origin spokesperson told DailyMail.com they are not disclosing the price paid for Daemen’s seat, but confirmed he participated in the auction.

‘He was a participant in the auction and had secured a seat on the second flight,’ the spokesperson said via email. ‘We moved him up when this seat on the first flight became available.’

The company said Daemen ‘has been fascinated by space, the Moon and rockets since he was four.’

Daemen  is now on his way to Texas, where the launch will take place on Tuesday.

Video: Jeff Bezos reveals how he first became interested in space (The Independent)

‘At 18-years-old and 82-years-young, Oliver Daemen and Wally Funk represent the youngest and oldest astronauts to travel to space,’ Blue Origin said in a statement.

GeekWire reported that Oliver graduate from high school last year and took a gap year before continuing working towards his private pilot’s license in Spain.

He is due to begin a degree in physics and innovation management at the University of Utrecht in September.

Oliver’s mother, Eline Daemen Dekker, is an ambassador at Somerset Capital Partners Foundation and volunteers with a program to combat loneliness among the elderly. She previously worked as a cabin crew member for KLM for five years.

Blue Origin’s rocket will launch just over a week after Richard Branson reached the edge of space aboard Virgin Galactic’s first fully crewed flight on Sunday.

Bezos chose July 20 as the launch date to honor the 52nd anniversary of the Apollo 11 moon landing.

The launch site for Blue Origin’s first human flight will be in a remote location north of Van Horn, Texas, where the firm has launched New Shepard for previous flights.

New Shepard, which stands 60 feet tall, was specifically designed for Blue Origin’s space tourism venture and has successfully completed 15 test launches, with the latest on April 14.

The capsule that rides atop New Shepard seats six passengers and is equipped with reclining seats.

Each of the seats has a window that are said to the ‘the largest to fly into space.’

Cameras line the interior, allowing travelers to share their memories that are truly out of this world.

The crew is set to travel 62 miles above Earth’s surface, where they will experience weightlessness due to the zero gravity and see the curve of the planet with the darkness of space as the backdrop.

Blue Origin’s maiden voyage will, however, travel farther than Branson’s who reached an altitude of 53.5 miles over the New Mexico desert before gliding safely back to Earth.

It is not clear how long they will spend just beyond the edge of space, but Blue Origin has stated in the past that paying customers will spend as much as 10 minutes in zero gravity before returning to Earth.

If successful, this mission will put Bezos in the billionaire space race ahead of SpaceX CEO Elon Musk and just behind Branson.

However, Musk has secured a seat on Branson’s Virgin Galactic for a price rumored to be $250,000. 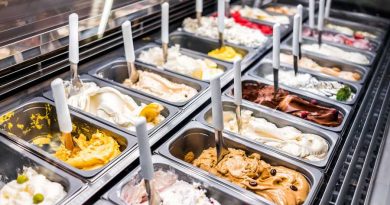 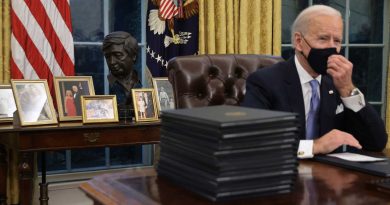