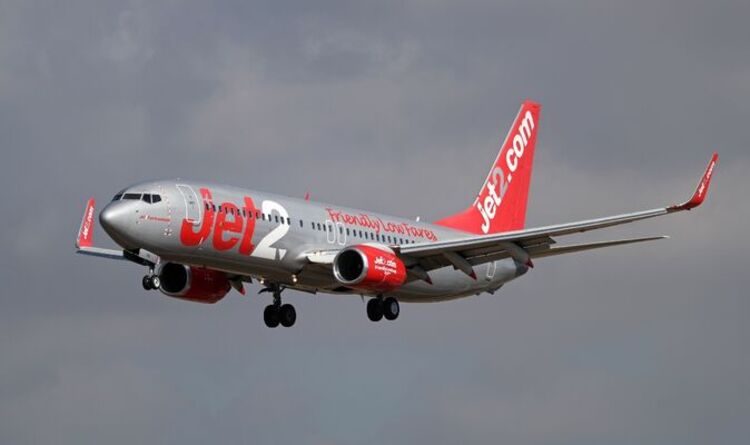 The budget airline announced plans to cancel flights to Krakow between March 24 and May 26. Jet2 normally flies to the Polish city from Birmingham, Glasgow, Leeds Bradford, Newcastle and Manchester.

In a statement Jet2 said: “Due to current circumstances, we have taken the decision to suspend our flights and city breaks programmes to Krakow from March 24 up to and including May 26.

“Where customers are affected by any programme changes, we will automatically cancel their booking with a full refund.

“We are planning a phased restart to Krakow from May 27 and we will of course keep customers updated.”

Since the Russian invasion of Ukraine, more than 1.2 million people have fled to Poland, according to the United Nations.

Western Ukraine borders Poland and the majority of Ukrainian refugees have fled there.

The British Foreign Office does not currently advise against travel to Poland although there is likely to be very little available accommodation close to the Ukrainian border.

Fares between the UK and Eastern European countries such as Estonia and Romania fell to less than £20 according to the Independent.

Research from the aviation data analyst, Forward Keys, showed that demand for flights had fallen following the invasion.

Bulgaria, Croatia, Estonia, Georgia, Latvia, Lithuania and Slovenia do not share a border with Ukraine.

Olivier Ponti, vice president for insights for ForwardKeys, told the Independent: “Russia’s invasion of Ukraine has made an immediate impact, stalling what had been a strong recovery in travel since early January.”

The invasion could cause flight prices to rise in coming months as the price of oil is expected to rise further.

Many airlines have altered flight routes due to the invasion as several are now banned from Russian airspace.

Ryanair’s Michael O’Leary recently said that Ryanair would be the first airline to return to Ukraine when it was safe to do so.

British Airways was banned from Russian airspace following a British ban on the Russian carrier Aeroflot.

“Putin’s heinous actions will not be ignored, and we will never tolerate those who put people’s lives in danger.”