Home » Travel » LEGOLAND New York Is Open, and It Has a Trackless Ride That Turns People Into LEGO Minifigs 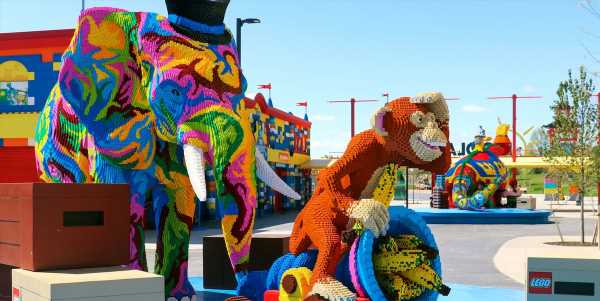 Everything is awesome in Goshen, New York, where LEGOLAND New York Resort just opened its third theme park resort, after Florida and California. There are 30 million bricks (or 15,000 models) throughout the park, and families can certainly spend an entire day taking Instagram pics with them all, riding new and innovative rides and participating in various LEGO-themed activities. Here’s what you need to know before you go.

LEGOLAND New York Resort will open on July 9, 2021, with seven lands and more attractions on the way.

Though preview tickets have been available since May, park developers Merlin Entertainments announced that LEGOLAND New York will be officially open on July 9, 2021. Rides and attractions geared towards kids ages 2–12 — and their caregivers, since most attractions are designed for families to ride together:

At its launch day, visitors can visit seven different “lands,” laid out as a loop around the park:

Even though the park is opening, some of the rides aren’t fully ready yet. But if you have a kid in the target age, there’s still plenty enough to do to fill a whole day at the park.

The LEGOLAND Hotel Will Open Later, in August 2021.

Right now, the park is for daytrippers only. If you want to make a weekend of it, you’ll have to either find a place to stay nearby, or wait until August 6, when you can stay on the property at the LEGOLAND Hotel.

It might be worth it for the latter. Not only do you get to stay right there — literally within the park, in a hotel visible from Bricktopia — but you get to stay in a room that has one of four themes: Pirate, Castle, Ninjago or LEGO Friends. They also promise nightly children’s entertainment for after the park closes.

And, of course, there will be vacation packages. Rates for a package that includes a hotel and two-day ticket start as low as $98 per person.

Ticket pricing starts at $70 for a one-day child admission, and $80 for a one-day adult admission. On top of that, plan to spend $20 on parking (in addition to all you’ll spend on snacks, lunches, carnival games, extras like the LEGO driver’s license and, of course, LEGO sets purchased at the gift shop).

You can buy admission tickets and parking in advance online, or even through the LEGOLAND New York resort app, which might save you some time. (The app also lets you know how long the wait times are for all the rides, which can be helpful.) Note: Because of the COVID-19 pandemic, LEGOLAND is a cashless park, so bring credit cards and other non-cash ways to pay for in-park purchases. (You can see an up-to-date list of the park’s other COVID precautions on their website.)

If you plan on being a repeat visitor, though, it might be worth it to get an annual pass. A Gold Pass will cost you $230, which pays for itself entirely in three visits. With it, you’ll also get unlimited entry to the LEGOLAND New York Resort, along with free parking. Not only that, an annual pass will get you free entrance to other attractions from Merlin Entertainments, like Sea Life aquariums or Madame Tussaud’s wax museums, so you wouldn’t have to do all three visits to LEGOLAND to make up the price difference.

Isn’t there already a LEGOLAND NY?

Not quite. There’s a LEGOLAND “Discovery Center” in Yonkers, New York, just outside of the city in Westchester County. (Another just opened in New Jersey’s American Dream.) There are two rides in the Center — a Merlin’s Apprentice ride (a spinning ride) and a Kingdom Quest ride (where kids sit in a car and shoot at LEGO-themed targets) — but it isn’t exactly an amusement park.

Instead, the center is more of a LEGO playground, geared more for activities like a 4D movie, building structures on top of earthquake tables or learning with a certified Master Builder. Certainly fun, but not quite the same LEGOLAND experience that’s in Florida, California and, now, Goshen.

There are international cities that have LEGOLAND theme parks, too; the first one built was actually in Billund, Denmark. In addition, you can find them in Günzburg, Germany; Windsor, England; Nagoya, Japan; Iskandar Puteri, Malaysia; Gangwon Province, South Korea and Dubai, UAE. After Goshen, the next park planned to open is in Shanghai, China. Who’s adding “Visit All the Legoland Theme Parks” to their bucket list?

The author was a welcomed guest at the LEGOLAND New York resort. 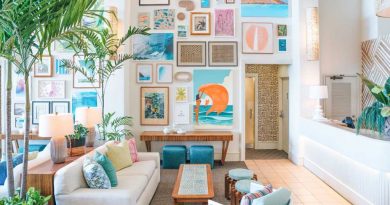