15,000 Lego models are being shipped from around the world to the Hudson Valley destination, which will be packed with Lego experiences both familiar and new. A first-look video released this morning provides a glimpse into what will be found when the location debuts next summer, including plenty of rides themed to the iconic bricks, recreations of famous buildings, and Legoland’s beloved Dragon coaster.

Popular attractions like Fire Academy and Splash Battle from other Legoland parks can be found at Legoland New York when it opens in July, along with Bricktopia, a never-before-seen land exclusive to this brand new location. Here, guests will “become” the size of popular mini-figures and go on two rides: Lego Factory Adventure, which lets passengers see life-size bricks being made, and Duplo Express, a musical train experience.

Legoland New York guests can explore miniature replicas of New York City or Los Angeles in the park’s Miniland, watch as littles learn to “drive” in LEGO Driving School, or battle the Great Devourer in an interactive challenge within Lego Ninjago World. For those wanting to make a weekend trip, Legoland New York will also open a hotel in 2021, with pirates and castle-themed family rooms, as well as Ninjago and Lego Friends offerings.

Three tiers of annual passes are on sale as of today, with prices starting just shy of $120 per person. Single-day admission pricing starts at $62.99. Operated by Merlin Entertainments, Legoland New York will be the ninth location globally, and the third of its kind in the U.S. 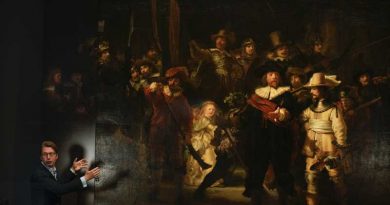 A Town in Canada Called Asbestos Wants a New Name