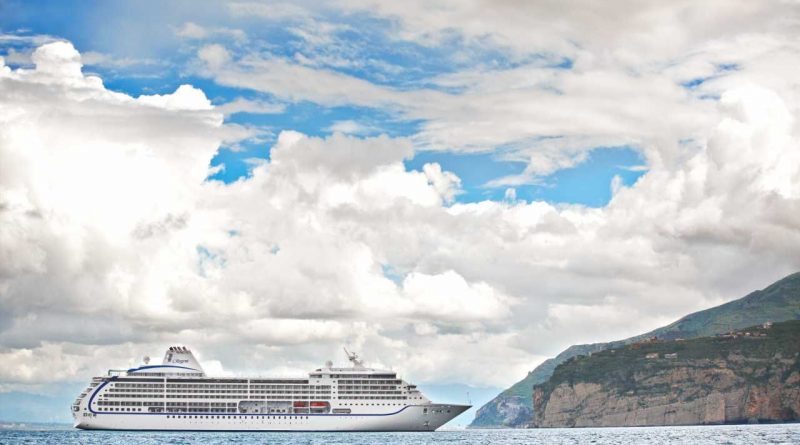 How eager is the swanky set to get back to circling the world on epic trips? Eager enough to snap up every cabin on one of the priciest cruises ever in less than three hours.

Luxury line Regent Seven Seas Cruises on Thursday announced that a just-unveiled around-the-world voyage aimed at high-net-worth travelers — cabins cost up to $399,998 for two — sold out on Wednesday in just 2.5 hours.

It’s the fastest any world cruise at the line ever has sold out, the company said.

“This outstanding response has surpassed all expectations and is without a doubt our strongest world cruise launch day ever,” Regent Seven Seas president and CEO Jason Montague said in a statement accompanying the announcement.

Scheduled to begin in Miami on Jan. 6, 2024, the 132-night sailing on Regent’s 700-passenger Seven Seas Mariner will be a country counter’s delight. It includes visits to 66 ports in 31 countries.

The ship will touch five continents in all — North America, South America, Oceania, Asia and Europe — as it travels westward across the Caribbean to the Panama Canal and then across the Pacific Ocean to the Indian Ocean, the Suez Canal, the Mediterranean and the Atlantic Ocean.

The vessel will cover more than 34,000 miles in the process before concluding nearly five months later in the exact same place it began: Miami.

Regent typically offers one extended world cruise every year, and they often sell out fast. But never this quickly. Regent said the voyage went on sale at 8:30 a.m. EDT on Wednesday and sold out at approximately 11 a.m.

Regent had to end its 2020 world cruise early and cancel its 2021 world cruise entirely due to the COVID-19-related industry-wide shutdown, resulting in pent-up demand among its customers for its longest, world-circling voyages.

Regent world cruises scheduled for 2022 and 2023 have sold out quickly, too.

Fares for the very smallest cabins on the newly unveiled world cruise (known as deluxe veranda suites) started at $73,499 per person, based on double occupancy. That works out to $146,998 for a cabin for two.

Regent is known as one of the most upscale — and priciest — cruise lines in the world, with voyages that often start at around $1,000 per person, per day.

While that may seem like a lot, Regent’s ships are the floating equivalent of the most elegant resorts on land, with restaurants serving gourmet fare; luxurious and large cabins (every one of which is a suite); and an unusually high staff-to-passenger ratio.

The line also is one of the most all-inclusive in the cruise business, with just about every element of the cruise experience including drinks and even shore excursions included in the fare. Passengers on the 2024 world cruise will have a choice of 442 shore excursions for no extra charge, including access to 61 UNESCO World Heritage Sites — a new record for a single Regent cruise. The voyage will include 12 overnight stays in ports.

Regent said the cruise had drawn strong interest not just from regular Regent passengers but from newcomers to the line — perhaps a sign that well-heeled travelers are searching for new ways to get out and rediscover the world after being cooped up for more than a year.

“For our guests, the 2024 [world cruise] represents so much more than just a cruise vacation,” Regent’s Montague said. “It’s a return to a normality.”

What will a Biden presidency mean for travel? Here’s what changes to expect

Where am I quiz questions and answers: Test YOUR geography knowledge

The Baltic: Many ports — and a storm