A flight from Phoenix to Boston had to be diverted to Kansas City on Monday after a passenger refused to stop doing pull-ups and reportedly became verbally abusive.

The man on American Airlines Flight 2763 appeared to be intoxicated, and was accompanied by a woman and two dogs, CBS Boston affiliate WBZ-TV reported.

A fellow passenger said the man was leaning against the overhead bin when another passenger said, “What are you going to do, some pull-ups?” At which point the man reportedly started to do pull-ups in front of the rest of the passengers, and also ordered alcohol. Flight attendants repeatedly asked the man to stop doing pull-ups and sit down, but he reportedly refused.

“The flight attendant probably asked him about three or four times to sit down and he refused to sit down and then he really got verbally abusive with her, starting calling her names,“ the passenger told WBZ.

The pilots made an emergency landing at Kansas City International Airport where law enforcement escorted the man off the plane. According to WBZ-TV, no arrests or charges were made. It is unclear whether the man’s travel companions were also taken off the flight with him. An American Airlines spokesperson confirmed to USA Today that the incident took place about 90 minutes after takeoff. 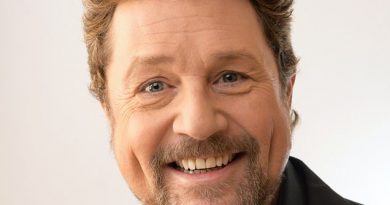 Michael Ball recalls some of his most memorable travel experiences 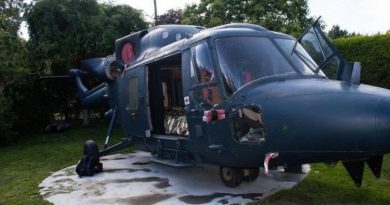