A man was stopped as he tried to take a sword in his carry-on bag through security at Newark Liberty International Airport on Friday, USA Today reported.

If you don’t already know, all weapons are forbidden from being taken into the cabin, whether they are guns, grenades, and yes, even swords and other types of knives. This is obvious bad news for knights, dragon slayers, and warriors who have mastered the blade out there. These policies are all laid out on the Transportation Security Administration’s (TSA) What Can I Bring? website.

The man was traveling to Sao Paolo, Brazil with his sword, which was safely stowed in a scabbard inside a box. The TSA caught the sword on a security scan, which led to officers taking a closer look, according to USA Today.

TSA spokeswoman Lisa Farbstein said that the man thought they would let him carry on his sword because of its value, Fox News reported. It’s unclear how much the sword is worth. According to PIX11, the sword appears to be a katana, which is a Japanese sword that has a long, slightly curved blade and a small guard near the handle.

Farbstein also posted a photo of it on Twitter, reminding people that all weapons, regardless of value, are prohibited in carry-on luggage.

Guy shows up at @EWRairport with this sword. Says he thought he could carry it on past the @TSA checkpoint because of its value. Doesn’t matter to TSA how much the weapon is worth. No weapons should be brought in the cabin of a plane. pic.twitter.com/OwAtX5WPqA

The man was directed to check the box with the sword and scabbard so it could be transported in the cargo hold. No harm, no foul. It’s unclear why the man was traveling with the sword in the first place.

This isn’t the first time someone assumed they were going to be the exception to the TSA’s “no weapons” rule. Back in July, a man was stopped when he tried to take a missile launcher through security at Baltimore/Washington International Thurgood Marshall Airport. People have also tried smuggling grenades, guns, and even animals.

Related video: Passengers on American Airlines Flight May Have Been Exposed to Hepatitis A 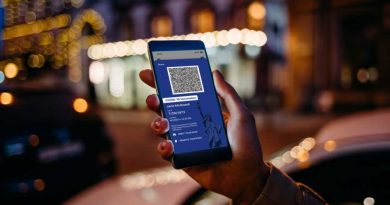