A meteor flashed along the Front Range sky on Friday night, and more than two dozen people reported sighting the fiery, celestial object to the American Meteor Society.

People from Loveland to Pueblo reported seeing a “fireball” race across the sky from the northwest to the southeast at about 8:30 p.m., the AMS said on it’s website.

Witnesses from Durango and Grand Junction and Utah and Albuquerque, New Mexico, also reported the sighting. Most of the 30 sightings reported were from the Denver metro area.

One person, from Loveland, described the flash as “startling and fabulous…white then yellow then orange…glowing orange then fading.”

Another person, from Centennial, said: “It was quick, it did not flash, it appeared to be mostly straight line that suddenly appeared and then sped across the distance of sky, large and bright, with the trail of red behind it.”

A video by Simon Foot in Arvada of the meteor is below:

St. Regis Aspen is looking for a ‘fur butler’ for its Bernese mountain dog 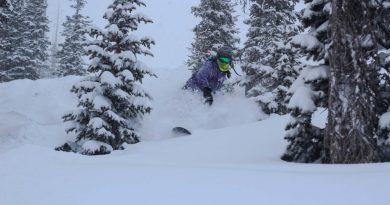