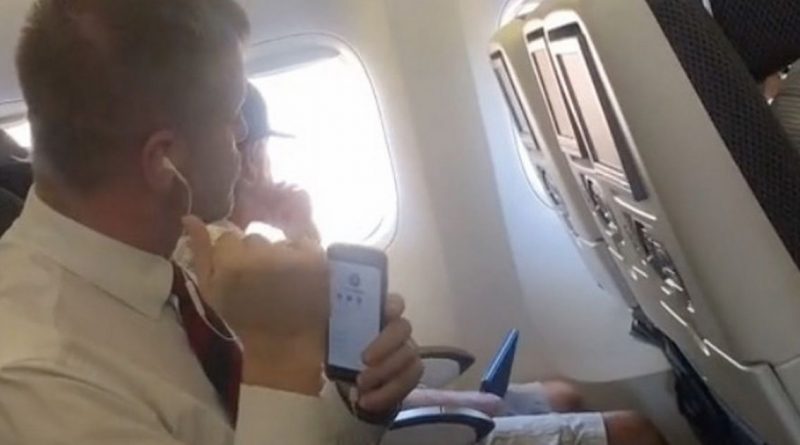 A bizarre video appears to show a plane passenger pretend to know Ed Sheeran and other Hollywood celebrities throughout his entire flight.

In the clip, uploaded on TikTok by user @sandyritacole, the man sits with his phone on and the name "Ed Sheeran" in his contacts list.

He unnaturally positions his phone so the screen is visible at all times, leading people to believe he was showing off and pretending to know famous celebrities.

Explaining the weird footage, the uploader says in the on-screen caption: "The guy had his phone like this the whole flight.

"I think he wants us to believe he knows Ed Sheeran."

It's not clear how long the flight was, but it seems the man was pretty dedicated to his odd ruse.

Sandy even later told fans she was sitting in the "cheapest part of economy", making the bloke's apparent claim to have A-lister buddies seem even more unlikely.

The video later found its way onto Reddit with the sarcastic caption: "Woah look out big Hollywood agent on the flight."

People were stunned by the man’s strange behaviour and the post received 28,000 upvotes and hundreds of comments by confused viewers.

One person joked: "I would just walk to him and say: 'Sir, I suggest you turn your screen off so that the battery won't drain faster.'"

Another viewer said: "Wow, the most obvious fake name dropping I’ve ever laid eyes on."

"My close personal friends Brad Pitt and Princess Diana agree with you," quipped a third in response.

Someone else blasted: "This seems like a very LA douche bag thing to do."

Replying, another user said: "Worked at a movie studio for 4 years while I was in undergrad.

"Can confirm— and it’s always the ones at the bottom of the hierarchy with the slightest modicum of a title that have the 'do you know who I am?' attitude."

New Zealand’s best retreats to get away from sick people