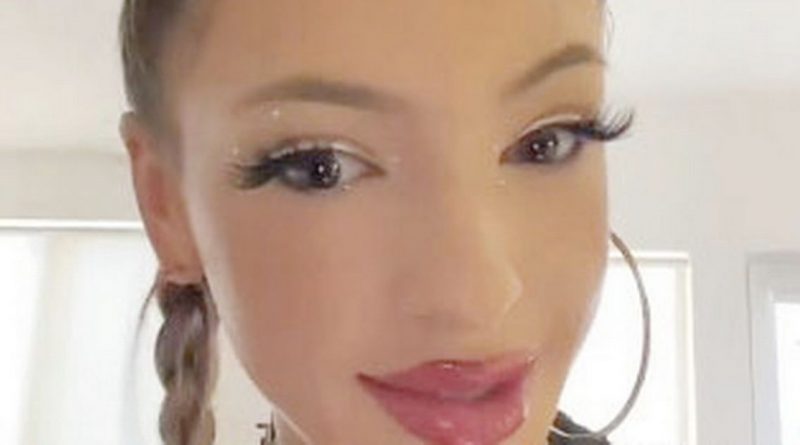 A woman claims she was told to change her shoulderless corset on a flight as it could have been "offensive" to other passengers.

Jacy posted a video to share her experience flying out of Sacramento, California on a Southwest Airlines flight on Monday (July 11).

In the clip, she is wearing a pink corset which she claims the cabin crew deemed inappropriate for air travel.

She said she was told the airline is a "family company" and that "some people" may find it "offensive".

Jacy added: "Bro I got dress coded on a Southwest flight? Are we in high school? Are you upset about my shoulders? It's 102F (38C)? My torso is fully clothed? And it caused a scene because some sweet lady stuck up for me and then got kicked off the flight.

"Whoever grandma complained about me…catch me outside b***h."

She gave more details to her viewers and claimed the weather was hitting 38C on the day she travelled and that she wore "more clothes than half of the passengers".

"A lady came over and tapped on my shoulder, saying 'you need to cover up'. B***h cover what? My shoulders? I said 'no' and she is like' well okay, I'm going to get you a T-shirt'," she explained in another video.

During the heated conversation, actress Melinna Bobadilla, who is know for her role on Netflix's Gentefield, was on the same flight as Jacy and stepped in to help defend her over the dress code row.

But she was kicked off the flight after standing up for Jacy.

For more lifestyle stories, sign up to the free Hot Topics newsletter here.

Melinna claimed on Twitter: "Basically Southwest Airlines sl*t shamed a young woman of colour for wearing a tank top they deemed offensive, forced her to wear a company issued sweater, removed me for questioning their misogynistic policy, exercised a double standard when enforcing an alleged offensive attire rule."

Southwest Airlines reached out to Melinna and asked her to detail her experience via a direct message, adding: "We are sorry to hear you were unable to travel to your destination as planned."

Same old Vegas? Here's what coronavirus has and hasn't changed about Sin City