ABANDONED tunnels, smothered in darkness and hidden for almost a century under the teeming streets of Sydney’s CBD, could be thrown open to the public under an ambitious new plan.

Despite a sometimes dank atmosphere and tales of ghosts in its farthest corners, NSW Transport Minister Andrew Constance said the subterranean complex was a “hidden gem” that could bring a $2 million boost to government coffers annually.

The St James tunnels were built as part of a never completed rail line from the city’s eastern suburbs to northern beaches.

But since the 1920s the only inhabitants have been military personnel during WWII, eels in an underground lake and, it’s rumoured, those with an interest in the occult.

Having given up the possibility of ever using the tunnels for rail use, the government has decided that rather than grabbing a train, Sydneysiders and tourists may want to grab a bite to eat and an espresso martini instead.

Despite the accumulated rubble, dripping roof and graffiti daubed walls, Mr Constance said it would be a relatively easy process to turn the 6000 square metre tunnel complex from spooky chambers to small bars and coffee shops.

“We’re going to open this train line in a way that was never expected. To take these 100 year old disused rail platforms and tunnels and turn them into opportunities for everyone to enjoy,” he said.

Talking to news.com.au Mr Constance said he could imagine an old railway carriage parked by the never used platform and turned into a fancy bar or restaurant.

“In London they opened up some of their disused tunnels and there are generating something in the region of a million pounds a year (AU$1.8 million) for the state,” he said.

The government is hoping bars and restaurants will open in the space. Picture: Benedict BrookSource:news.com.au

Engineer John Bradfield, who was responsible for much of the shape of the current Sydney rail network including the tunnel system, also managed the construction of the Sydney Harbour Bridge.

Indeed, the bridge was designed to carry four railway tracks. Two are in use for the T1 North Shore line while two, long since covered with asphalt, would have led down to the now mothballed tunnels.

Signs of the long forgotten platforms are easy to spot. Local commuters will have noticed how St James station has a platform area larger than almost any other CBD station — that’s because it was designed to have another pair of tracks passing through.

The full extent of how large St James station was supposed to be becomes clear when you go beyond a nondescript green door.

There, in the half light, an entirely fitted out but unused platform exists waiting for a train that will never come.

So confident were early 20th century transport planners that the platforms would be used, station signs were affixed to the wall and tracks laid.

Signs were affixed to the wall, yet the platforms would never be used. Picture: John FotiadisSource:News Corp Australia

As the tunnels leave the station and plunge into thick blackness — towards Hyde Park in one direction and the NSW Parliament in the other — the rumbling of trains from the nearby operational lines shakes the decades of accumulated dust on the track bed.

Piles of rubble climb the walls while, in places, tree routes have burrowed their way in from the park above.

One of the subterranean spaces has flooded, the one-kilometre long tunnel is dubbed Lake St James and said to be home to several eels. That part will remain off limits.

The system, part of five kilometres of abandoned rail tunnels which includes deserted platforms at both Central and Redfern stations, has attracted thrill seekers and even devil worshippers, according to transport bosses.

“Are there ghosts down here? Is there the occult? Maybe there’s a bit of everything,” Sydney Trains’ chief executive officer Howard Collins said.

But the only spirits he’s hoping will soon appear are of the alcoholic kind.

“I don’t want to lose the historic feel; we should celebrate the railways, Bradfield, and this whole part of the city that is here buried and hidden under Sydney.”

The government has asked international real estate agents CBRE to drum up expressions of interest in the space with the hope conversion work can begin next year.

Mr Constance said the space was a “blank canvas”. But inspiration came from Grand Central station in New York, which has a world famous underground oyster bar, and Washington DC where disused tram tunnels are now an art gallery.

“Spaces like the St James tunnel are rare. Around the world, hidden spaces are being converted into unique experiences and we want St James station to be part of that. That’s why we’re casting the net right across the world.

“Better to take that history, protect it, clean it up, scrub graffiti of the walls and turn it into something everyone can enjoy. What a wonderful gem this could be.”

The government is hoping the tunnels will soon resemble the glamour of the eateries in New York’s Grand Central station. Picture: Jazz GuySource:Supplied

The minister said the tunnels could eventually form a subterranean link between St James and the new Sydney Metro station being built in Martin Place.

The tunnels were transformed into a bomb shelter during WWII with hand-poured concrete slabs poured over iron rods and built into the space to withstand explosions from above and within.

The shelters were to fit 20,000 people in the event of air raids. Armed soldiers guarded the site throughout WWII, ready to maintain law and order if the masses suddenly sought cover and protection.

The end of the tunnels are met with walls of rubble and exposed steel from when the army was instructed to destroy the shelters post war. But they didn’t get far before the operation was pulled. The bulk of the underground was subsequently preserved.

The eerie setting is one of many reasons film and TV producers and directors are drawn to the area. Its highest claim to fame came when scenes from blockbuster movie The Matrix were filmed there in 1999.

More than a decade later, Australian film The Tunnel, was also filmed in the underground passage. The plot involves a film crew that goes underground to investigate why homeless people are going missing. A lake monster kills the crew off one by one.

Sydneysiders will be hoping for a less dramatic dining experience if and when the doors are reopened on the city’s hidden, never used, rail platforms.

Travel trend: Why people pack their own pillows 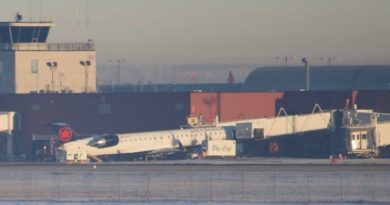